Trumpism, Trumposis And Their Lateral Impacts On Africa 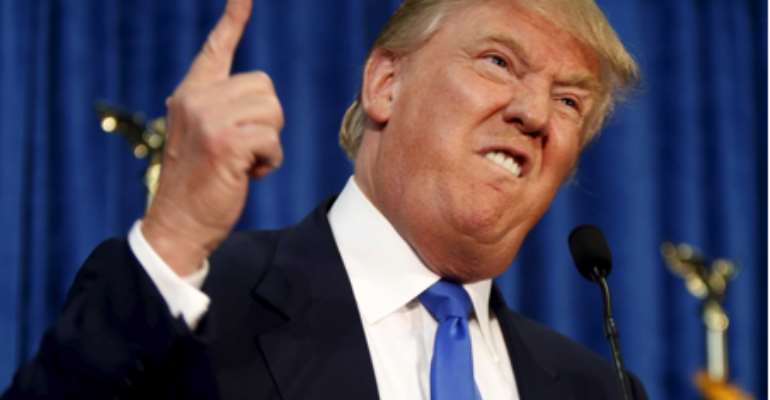 Donald J. Trump, the president of the United States of America

Prior to his ascension to the White House, the commonest assumption among scholars, political commentators and analysts was that Donald John Trump was a classical political rhetoric who did not really mean what he was trumpeting. With his populistic, nationalistic and protectionist stance, many were those who saw in him a phony and ultraist character who capitalized on the naiveness of a few right-wing minded elements to score an inordinate political advantage. However, in less than a week old in office, President Trump of the USA seems to be proving this central assumption by many people wrong.

Acting like a hungry lion which is ready to pounce on its helpless prey, President Donald Trump has already executed, and planned to do more in the coming days, a number of executive orders that seem to have held the whole world agape and in absolute perplexity. With just a strike of pen, the Obamacare and Trans-Pacific Partnership (TPP) can now only be found in the history books. Amidst his irrevocable intransigence, Trump has just unequivocally announced his readiness to build the much harped about border wall between the United States and Mexico, a cost Mexico will later on have to reimburse.

More surprisingly, it has been rumoured that the website on the White House that seeks to promote the visibility, the freedom and the survival of the Lesbian, Gay, Bisexual and the Trans-gender (LGBT) society has mysteriously disappeared. The president has further reinstated what has been widely baptized as the "global gag rule" which bars international non-governmental organizations that perform or promote abortions from receiving US government funding, because he sees himself as ‘’pro-life.’’

As an African, one might now imagine what the dawn of Trumpism, the embodiment of Trump’s actions and inactions, policies and ideology, really means for Africa. What is really at stake in Africa in the era of Trumposis, the fear, orders, disorders, conveniences and inconveniences of Donald Trump’s governance? Well, it is a common source knowledge that any happening in the territorial jurisdictions of a global hegemon like the USA has a snowball effect which may come in the form of spiral decline of world order or exponential positivism across the globe, Africa included. In the minds of many Africans, the upsurge of Trumpism and Trumposis is seen as the onset of Trumpocalypse, the catastrophic destruction or damage of civilization following the election of Donald Trump as president of the United States of America, and this phobia seems to be taking shape, in one way or the other, for a number of lateral impacts already witnessed or yet to be felt among Africans.

Following the whine, hue and cry of Africans comes Trumpism on immigration and refugee claims. According to Pew Research and the USA Department of Home Security (DHS), there were 11.1million unregistered, otherwise known as illegal immigrants in the USA in 2014. According to these reports, the Africans are only second to Latinos in terms of numerical superiority among these undocumented immigrants. Even before President Trump could reecho his unflinching stance on deporting the illegal immigrants, there have been reports of mass exodus among them heading to the US neighbours such as Canada which had its immigration website crushed due to Trumposis following the victory of Donald Trump.

The sad story is a country such as Canada, notwithstanding its benevolence and warm gesture towards immigrants, cannot, or not even ready to, accommodate illegal immigrants. That being said, those Africans will have no choice than to park their luggage and head back home, else they risk being deported. The last stroke that broke the camel’s back is the untimely announcement by the American President to place the ban on, or even block the visas being issued to seven ‘’Islamist Terrorist Countries’’ among which include three African countries - Libya, Somalia and Sudan - until the country discovers the efficient means of countering terrorism. The effect is massive and pathetic. Africans who have been fleeing from wars in that part of the continent will no longer be accepted on the soil of the USA. Also, the victimes of war and other precarious circumstances who are sojourning or residing in the USA may be expatriated back home to face the harsh and implacable reality.

Frighteningly, on his relentless emphasis of absolute protectionism where he repeatedly accentuates that America is going to win ‘’bigly’’ or ‘’big league’’, a term not yet clearly understood by even the political pundits of the USA, Trump has made it crystal clear that he is not interested in any nation building. Apart from Israel, Trump is redirecting that all USAID programs and other aids given to different countries, including even NATO be halted, unless those parties were ready to pay back America for the services they were receiving. In this regard, Africa which has been one of the major beneficiaries of foreign aids from the USA stands to suffer. Meanwhile, one cannot underestimate how much Africa benefits from these aids.

African leaders have often horned to the hearing of the populace how they channel those aids into poverty alleviation, rebuilding of war torn zones, combating epidemics, countering and fettering natural disasters and tackling climate change. According to US Agency for International Development (USAID), Ugandan alone received aids amounting to $352 million and $490 million in 2012 and 2008 respectively. Also, the total aid given to the Subsaharan Africa was estimated to be around $870m in 2012. The question now is, how would Africa supplement its budgetary allocations without those aids, if Trump decided to halt them? Well, time will tell!

Inasmuch as many have already been consumed in the phobia of Trumposis and regard Trumpism as the prelude to Trumpocalypse, an analysis beyond superficiality and and mere rhetorics unveils the fact that all is not that gloomy for Africa. First and foremost, it is an undeniable fact that the USA has caused Africa more brain drain than any other country, as many Africans, most of whom posses some technical know-how, are much more eager to seek greener pasture in the US than staying back home or going anywhere else. From this perspective, Africa stands the chance of regaining some of its ingenious and brilliant brains back following the dawning of President Trump.

Some of these Africans, being highly educated and informed in diverse endeavours, may turn out to be the economic messiahs that can deliver Africa from the shackles of poverty, inaptness and mediocrity that have characterized the continent since time immemorial. In addition, the intransigent posture assumed by the US president regarding the withdrawal of aids posits that African governments have to nib corruption, misappropriation and embezzlement of funds in the bud in order to meet the economic and social obligations of their citizenry.

Thus, it is a clarion call for prudent economic measures to be implemented in order to make up for the losses that might be incurred due to reductions, or even elimination, of aids by the USA. Added to this is the moral benefit of which Africa becomes a gargantuan profiteer. As a continent that is largely pro-life, that is anti-abortion, and the one that resists and abhors the upsurge of the concept of LGBT, Africa’s interest could not have been served better.

To many, it would be a refreshing news that President Donald Trump is perceived, and even seems to be acting in that light, as anti-LGBT and also believes in the existence of God and His abhorrence of some practices. For now, it looks as though President Trump has no intention of imposing anything on Africa, and all that he wants is, ‘’Africa, stay away from America and her aids and I will demand nothing of you.’’ Hence, it may not just end in whining, despondency and limitless shroud of uncertainties emanating from Trumposis, Africans may still have reasons to trumpet the sounds of victory following the triumph of Trump.

Akufo-Addo Has Turned Ghana Into 'Hell-Hole Instead Of Parad...
27 minutes ago