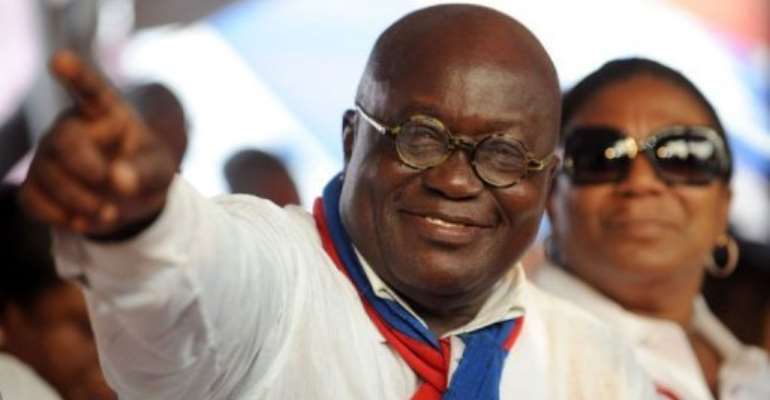 President Akufo-Addo is expected to spend two hours every Monday with members and officials of the New Patriotic Party (NPP) at the party's Headquarters in Accra.

This is to create an avenue for him to directly hear the concerns of members of the party about his government, and duly address them.

The President, who is also the leader of the NPP, assumed office barely three weeks ago with a pledge to operate an all-inclusive government and deliver significant development to all Ghanaians.

Citi News' Presidential correspondent, Sammi Wiafe, said, “He [Akufo-Addo] visited the party head office for two purposes, he has made it a point to visit the party head office every Monday to spend two hours with party officers and party members who have concerns with regards to his presidency to know their thoughts and ideas as far as governing this country is concerned. He started yesterday, Monday, and from next week Monday he will continue.”

Akufo-Addo announces regional ministers
According to Sammi Wiafe, “He [Akufo-Addo] also went there yesterday to meet with party leadership on the final list of ministerial nominees for the various regions.”

He added that Akufo-Addo's choice of nominees for the regional minister portfolio was influenced by the NPP leadership in the various regions.

Some names and corresponding designated regions have already begun circulating on social media, however, President Akufo-Addo will officially name the 10 regional minister-nominees at 3:00pm today [Tuesday], January 24, 2017 at the Flagstaff House.

Akufo-Addo names ministers
The President, following his assumption of office on January 7, 2017, has named 36 nominees so far to serve as ministers in his government.

Parliament's Appointment committee is currently vetting the nominees, who will officially assume office after they are approved.