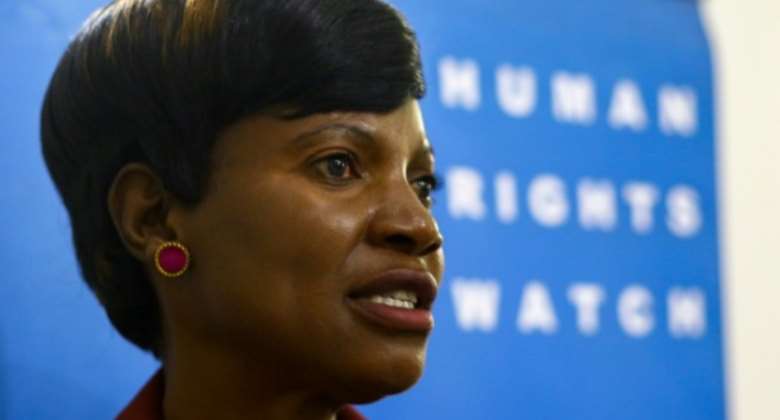 When Malunga's husband died in 2013, his relatives locked her in her home, forced her to open her cash box, and stole $4,000 and the title documents to her property. By Jekesai Njikizana (AFP)

Harare (AFP) - As Maliyaziwa Malunga mourns her dead husband, she also battles against his relatives who plot to seize her house in a custom that affects thousands of women in Zimbabwe each year.

A Human Rights Watch report released on Tuesday details how in-laws in the country routinely expect to take property and money from bereaved widows soon after their husbands die.

When Malunga's husband died in 2013, his relatives locked her in her home, forced her to open her cash box, and stole $4,000 and the title documents to her property.

"I lock my doors always fearing some of those in-laws will come and harass me," Malunga, who is still in a legal tussle to fight off the relatives, told AFP.

"It is so painful to go to courts and it is stressful. I lose sleep, my blood pressure is high and I have lost weight because of stress," the 53-year-old said.

HRW said Zimbabwean widows who are thrown out of their homes by their in-laws often have little chance of justice because many marriages are under customary law and not registered.

"My advice is for married women to go to court and have a wedding certificate and we will not have problems like this one," said Malunga.

"Widows must fight for their rights, they should be strong and should not give up," she added, recalling that her husband's relatives engaged in fistfights over her house in Chitungwiza, outside Harare.

'Happy to see us suffer'

The HRW report called for the government to protect vulnerable, often elderly widows.

"The impact of property grabbing on widows is devastating," said its author Bethany Brown.

"Women whose property was taken from them spoke of homelessness, destitution and loss of livelihoods."

The report is based on interviews with 59 widows across Zimbabwe's 10 provinces last year.

"(My brother-in-law) has taken all of my fields," Deborah, 58, from Mashonaland East, told researchers.

"Now, he says that I cannot walk on 'his' fields... Maybe he is really happy to see us suffer."

The Legal Resources Foundation (LRF), an organisation helping widows in Zimbabwe, said it alone had handled at least 1,700 cases in the last three years.

"Women have to register their estates and they should do so immediately after the deaths of their husbands," Lucia Masuka-Zanhi, legal programmes director at LRF, told AFP.

"Women can assert their rights through the courts and each case will be decided on its facts."

The government said it supported better protection for widows and would act to enforce the law more widely.

"This practice contravenes the law which entitles the surviving spouse to inherit property," Ivan Dumba, an official from the ministry of women affairs, told a press conference in Harare where the report was launched.

"We will increase the volume to condemn such practices... It is critical we investigate this issue as we need to get to the bottom of it."

HRW said that, according to Zimbabwe's 2012 census, there were about 590,000 widows in the country, and that most women over 60 were widowed.