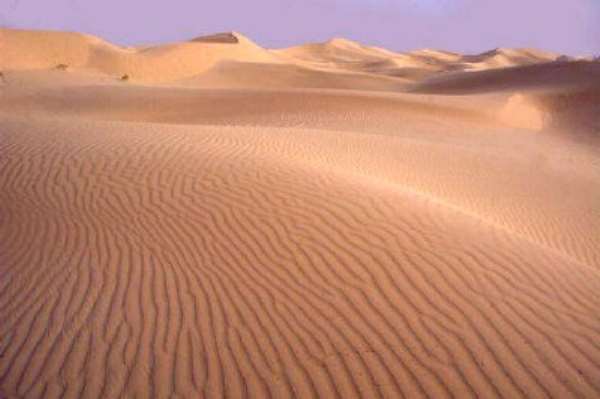 ... In Sahara Desert... Fleeing Economic Hardship? ... 600,000 living in misery in Europe TENS of thousands of Ghanaian adventurers are trapped in various parts of the Sahara Desert, the result of a boost in the activities of human traffickers and migration agents. The Director of the Ghana Immigration Service (GIS), Ms Elizabeth Adjei, confirmed in an interview that by the latest figures, more than 20,000 Ghanaians were reported stranded in Libya alone, all seeking, by various means, to cross the Mediterranean to look for greener pastures in Europe. She described the figures as frightening, noting that about 600,000 out of the nearly three million Ghanaians who had so far laboured to reach their destinations were living in misery as illegal immigrants in Europe. The immigration chief expressed regret at the ordeal these unsuspecting Ghanaians were enduring from unscrupulous agents and Sahelian Tuaregs who employed the most cruel of travel methods to move their human cargo across the harsh conditions of the Sahara Desert. The means of transport could be anything, from long tortuous walks, huge cargo trucks not meant for human transport, to donkeys and camels, over several days across the desert. In the process, some are tortured and robbed of their belongings. Ms Adjei said there had been reported cases of some hustlers dying, although it had been difficult confirming these and the identities of those involved. She also disclosed staggering deportation cases involving mainly Ghanaians thrown out of Europe, Libya and Asia. The statistics show that in 2003, a total of 3,600 Ghanaians were deported from Asia and Europe, whereas 5,931 were deported from Libya and European countries. Deportation of illegal immigrants from the United States of America, she said, was usually insignificant. An increase in the trend has, however, shot up the current average to three Ghanaians being deported daily from various parts of the world. There is however, a decrease in the cases of Ghanaians attempting to travel outside with fake documents. Ms Adjei revealed that while in 2003 about 557 Ghanaians were arrested at the Kotoka International Airport for attempting to travel with illegal documents, the figure dropped to 486 in 2004. Many reasons accounted for the various scenarios but Ms Adjei attributed the rising phenomenon of migration to a 1995 increase in restrictions on visa acquisition, resulting in the boom in the activities of human traffickers and migration experts seeking to assist people desirous of moving to various parts of Europe and America.
She also factored into it man's natural instinct for survival and said those who got involved were those who always thought of better living conditions elsewhere.
“Survival is the key word for most migrants, either skilled or unskilled, literate or illiterate, to migrate to other countries whose conditions they often do not know,” she said.