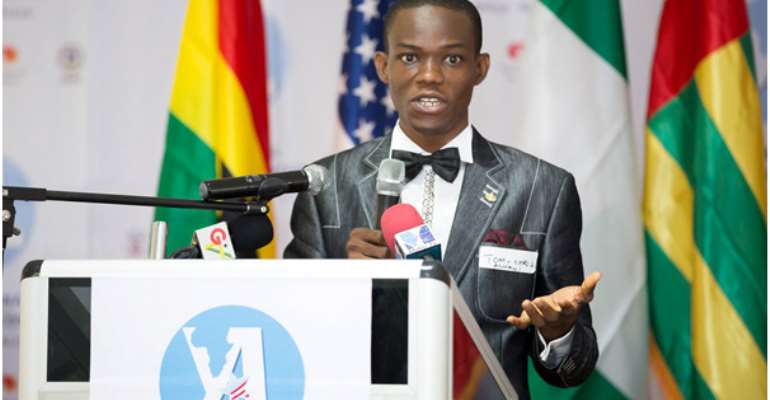 “Life’s most persistent and urgent question is, ‘What are you doing for others?” — Dr Martin Luther King, Jr

1 was going through my folders the other day when I came across the image above. The picture was taken by the US Embassy Ghana’s media team during one of my speeches at an opening ceremony of one of the Cohorts of YALI Regional Leadership Center (RLC), West Africa. As we are witnessing “an end of one era and the beginning of another”, this image brought back several fond memories about my experience at the RLC.

In 2015 when the regional leadership program started, I applied for the first Cohort but didn’t make it. Thankfully, I made it through to the second Cohort in November of the same year. My experience at the program was quite remarkable. I met incredible fellows who are doing phenomenal work in their communities — young people who are turning “noes” into “yeses” and are doing things that some others might consider to be a miracle!

Take, for example, Yahya Nancy Kandeh from The Gambia. Yahya was born in a very uncertain time. Even though his parents valued education, they like many others in the community never had the opportunity to go to school because they spent their days farming. No one in the family was literate, until Yahya.

When Yahya was just four years old he approached his father about attending school. His father was sympathetic but feared that Yahya was too young to make the 3.1 miles (5 kilometers) trek to the nearest primary school on his own and told him to wait until he was a bit older. Yahya was determined to get an education, so when he was only six years old he joined classes designed for adult illiterates in his community, but at which other interested parties were welcome. Yahya took the classes very seriously. He performed so well that he caught the attention of his instructor who approached Yahya’s father and convinced him to allow his son to attend primary school.

Yahya impressed his head teacher at Sare Sophie Primary School so much with his knowledge of basic numbers and letters that he was advanced from the first to the second grade after just two weeks in 1991. After completing third grade, Yahya was advanced directly into fifth grade. He went on to excel at Brikama Junior Secondary School (1997 to 2000) and Armitage Senior Secondary School (2000 to 2003). He went on to pursue a higher National Diploma in Public and Environmental Health, and a Bachelor’s Degree program in Public and Environmental Health, worked with US Department of State under the Generation Change Initiative as well as United Nations World Food Programme (WFP); where he served as a Field Monitor Assistant, and has also gained admission into the University of Queensland in Australia to pursue a Master’s Degree in Integrated Water Management. Read this story in full here 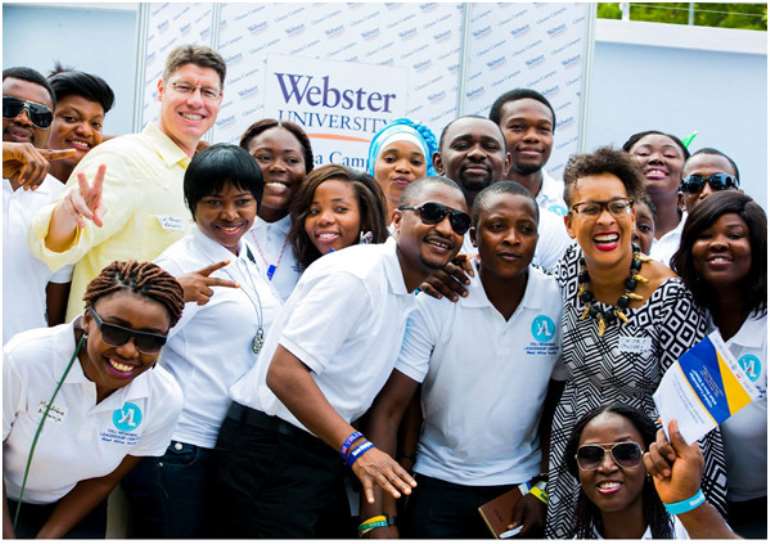 Like Yahya, Tobiloba Ajayi is a young Nigerian that will not let a disability stand in her way of chasing her dreams and making a difference in her community. Tobiloba was a premature newborn, the 4th child of the Ajayi’s 5 children. Initially, her parents didn’t want to enroll her in school because although she could speak she could not sit, stand or walk; hence they thought she wouldn’t do well in school. It took the intervention of the proprietor of her siblings’ school for her to be enrolled. He convinced Tobi’s parents that she couldn’t sit, stand or walk, didn’t mean she wouldn’t be able to learn.

Tobi recalls her dad saying that soon after she started school she began to make efforts to stand. Though she enrolled in Nursery at the age of 3, Tobi eventually started walking at the age of 12. She says that attending school with other students (without disabilities) challenged her to be better and encouraged her to overcome self-defeat.

Tobiloba had her primary, secondary and tertiary education in Nigeria, and even partook in the National Youth Service Corps program. She later bagged a Master’s degree in International Law from the University of Hertfordshire, United Kingdom.

As a way of giving back, Tobiloba is now advocating for inclusive education for children living with disabilities as against the popular schools of children with special needs and has written several motivational books.

She was accepted into the Mandela Washington Fellowship in 2016 and her story documented by the Presidential Precinct was a joy to watch. Read Tobi’s story in full here

You’ve probably heard about several “lemon to lemonade stories” but Abena Yeboah is a young Ghanaian that aptly personifies everything you’ve heard or imagined. Her fortitude and grit is as delightful as it is inspiring. As a young girl, Abena found herself on the streets. But she always knew that the street was never going to be her home for long. With that conviction, she fought her way through all the hurdles that formed life on the street; doing every menial job she could find including selling “pure water”, call cards and the likes to moving cars on the highway.

Now, with self-realisation, a lot of help from rural chiefs and donors, Abena has set up an organization that is dedicated to helping young girls get a better chance to life. Learn more about her work here

All around Africa, there are numerous young people like Yahya, Tobi, and Abena who have benefited (and continue to benefit) from the training programs at the Young African Leaders Initiative either through the online courses, YALI Face2Face, the Regional Leadership Center or the Mandela Washington Fellowship. These young people whose works hitherto were not recognized or celebrated are now serving as role models and inspirations in their communities. And through them, a lot more are getting involved in making their worlds better than they met it.

This is the legacy of President Barack Obama. This is how Africa will remember him.

My involvement in the RLC has given me a great privilege to interact with hundreds of young people across West Africa. One thing they all share is hope, hope in the future of this continent and the vital role they are playing in actualizing it.

As Ben Okri wrote, “it is our thoughts that make our world”. President Obama has inspired a new generation of Africans who are no longer waiting on the government or the society to do something for them but are stepping across the lines to take their fates into their own hands; young people who believe that “Africa’s future is up to Africans”. And by believing, they are sparking the same fire in their communities, schools, cities and countries. Indeed, these “young people — brimming with talent, energy, and hope” — are claiming the future for Africa and I am one of them!

Tom-Chris is the President and Founder of Stars From All Nations (SFAN), a social enterprise that bridges the gap between education and work. He is also the Regional Manager of Future of Ghana, and a MasterCard Foundation Scholars mentor. He is passionate about education, youth issues, social enterprise, technology and Africa. You can reach him at [email protected]