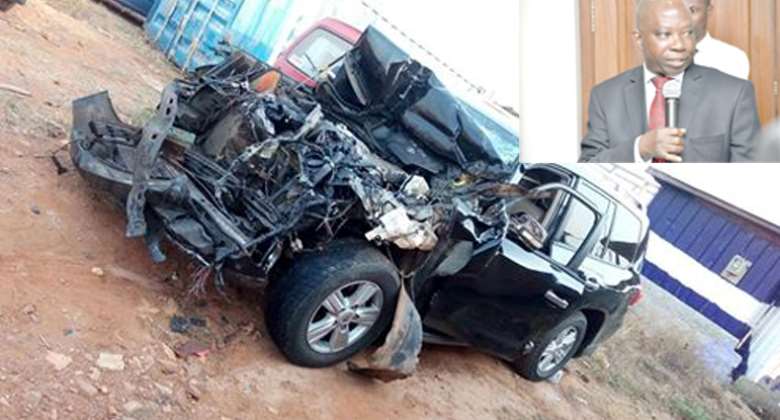 Former Member of Parliament (MP) for Ashaiman, Alfred Kwame Agbesi, sustained injuries after he got involved in an accident on the Tema-Aflao Highway.

The immediate past deputy majority leader was driving his Toyota Land Cruiser with registration number GN 435-14 when the accident occurred at about 8pm Dawhenya, near the Miotso campus of the Central University near Tema.

He sustained injuries after his vehicle rammed an articulated truck on Friday night.

Mr. Agbesi was rushed to the Tema General Hospital where he was treated by medics at the facility but was admitted.

The former MP was traveling alone in his vehicle from Sogakope in the Volta Region to Ashaiman at the time of the accident.

The case is said to have been reported to the police, who have launched investigations into it.