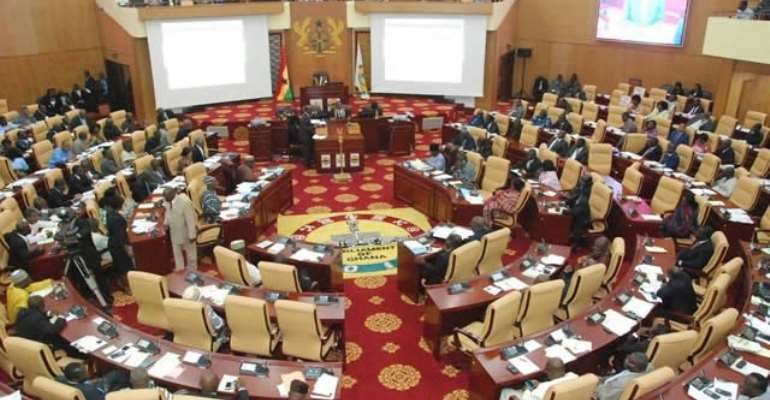 Three lawyers have faulted the constitution of the Appointments Committee of Parliament for vetting ministers designates, suggesting it stifles speed and efficiency of the process.

Professors Kwaku Asare and Ken Attafuah and Dr Kojo Asante believe the use of the existing Parliamentary Select Committees would allow for relevant questions to be asked ministerial appointees and also allow for a simultaneous vetting process.

The Appointments Committee is composed of the First Deputy Speaker, who acts as the Chairman, and up to 25 other legislators.

The Committee is mandated to recommend to Parliament for approval or otherwise, persons nominated by the President for appointment as Ministers of State and their Deputies, Members of the Council of State, and such other persons specified under the Constitution.

A member of the Committee, Samson Ahi, was mocked on social media for asking a question of the Senior Minister-designate, Yaw Osafo Marfo, that suggests that his inability to differentiate widening the tax net from reducing taxes.

Speaking on Newsfile Saturday, Dr Kojo Pumpuni Asante, a lawyer and a Senior Research Fellow at the Centre for Democratic Development (CDD) said Parliament must move away from over-emphasis on the contents of the curriculum vitae of the nominees.

"After 24 years of practising our constitution, we really have to get these things right. Why should we be talking about CVs?" he quizzed.

He told show host, Samson Lardi Anyenini, that the use of a generic committee to vet the ministerial appointees does not bolster the efficiency of the process.

A U.S-based lawyer, Professor Kwaku Asare, also made a similar point on his Facebook wall.

"Just as Parliament has Select committees exercising oversight over the various ministries, rather than a generic Oversight Committee, we should consider using the Select Committees that exercise oversight over the ministries to vet ministerial nominees. This way, vetting of multiple ministers can occur simultaneously and expedite the process," he surmised.

Parliament's Select Committees, some 16 of them, are specialised committees composed of legislators with experience and expertise in the particular field of interest of the committee.

The Select Committee on Defence and the Interior, for instance, examines issues relating to defence and internal affairs of the country and is composed of persons with credentials in security matters.

"There is no reason to have 25 members on any vetting committee," writes Professor Asare.

He said Parliament could consider splitting the current 25-member Appointment Committee into three panels, to allow for three concurrent vetting processes, if the use of the Select Committees is not convincing.

Professor Attafuah said he agreed with the suggestions 100 percent.

"It's something that I have thought of for quite some time with previous vetting processes," said on Newsfile.