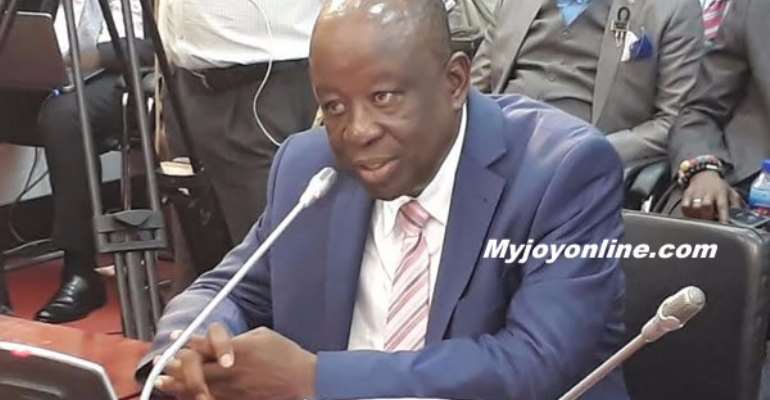 National Security Minister designate Kan Dapaah has debunked claims he did nothing to avert a cocaine haul in Ghana during his tenure as minister in the Kufuor administration.

Responding to a petition sent by a member of the general to Parliament's Appointment Committee, the minister designate said he was not at post when the incident happened.

A memorandum submitted to the committee accused Kan Dapaah of doing nothing as Minister of Defence even when he was told cocaine was on a ship heading to Ghana.

The memorandum again quoted a wikileak report in which an agent, John King, had accused Kan Dapaah of being "dismissive and irritated" when the issues of the cocaine in the ship were brought to his attention.

Mr Dapaah told Members of the Appointment Committee he was not Minister of Defence at the time the ship carrying cocaine docked in Ghana.

According to him, he was appointed as Interior Minister on the 5 May 2006 but the ship [suspected to be the controversial MV benjamin] docked on the May 3, 2006.

He said it took him more than a week to take office and cannot therefore be accused of presiding over the situation and doing nothing about it.

On the issue of the wikileaks Kan Dapaah admitted having a discussion with the agent- John King, but said at no point was he irritated or dismissive.

He said as Interior Minister his supervisory role over NACOB was only administrative and had no hand in the operational activities of the Board.

He wondered how, as Interior Minister he would be held accountable for the operational duties of NACOB when in actual fact that did not fall within his purview.

According to him, King raised strong and passionate points on the subject and he also defended his decisions and actions in similar fashion.

He did not understand how his response would be described by the agent as dismissive and irritated.

Kan Dapaah quoted portions of the wikileaks which had given him credit for fighting drugs in the country.

With his portfolio deemed as most sensitive to the security of the country, sitting was later held in camera.