Rawlings must convince Jammeh to step down – Ambassador 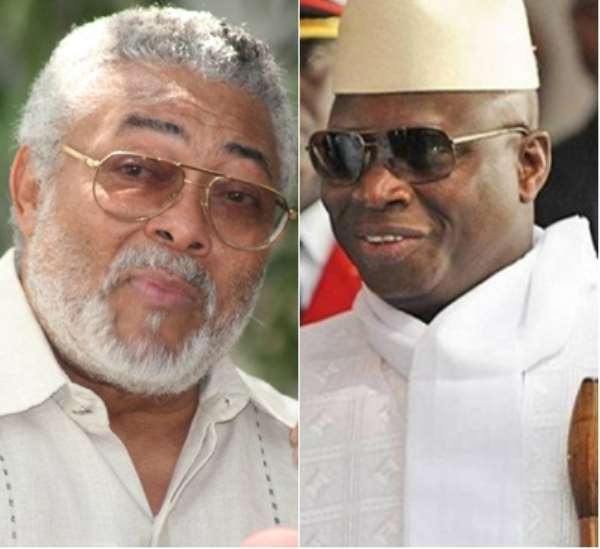 Mr. Jammeh, who was defeated in the December 206 election in that country, has refused to step down despite the swearing-in of opposition leader, Adama Barrow in The Gambia Embassy in Senegal.

He was expected to relinquish power by midday today [Friday], or be forcefully removed by UN-backed regional forces who have already entered The Gambia.

Mr. Jammeh has however asked for an extension of the deadline to 4:00pm.

But Mr. Quartey indicated that, Rawlings is the best person to convince Mr. Jammeh to step down because the latter reveres the former.

Speaking on the Citi Breakfast Show, Mr Quartey further noted that, Ambassador Quartey might change his mind at the eleventh hour.

“I believe ECOWAS is on sure ground; but I think just the threat of the use of force will not make Yahya Jammeh yield to pressure. Yahya Jammeh sounds like a rebel; but at the root of it all, he knows his survival is at stake if he is able to yield power gracefully, he could even be the leader of opposition with the possibility of coming back to power and thereby entrenching democracy in The Gambia.”

Background
Mr. Jammeh had said there were irregularities in the election held on December 1 2016, and that some of his supporters were turned away from polling stations. He also complained about some errors made by the Electoral Commission.

The Commission accepted that, some of the results it initially published contained errors, but said Mr. Barrow had still won.

Mr Jammeh has said he will stay in office until new elections are held.

He had The Gambian Parliament extend his tenure by 90 days and further declared a state of emergency. ECOWAS however sent troops to the country to enforce rule of law in The Gambia.