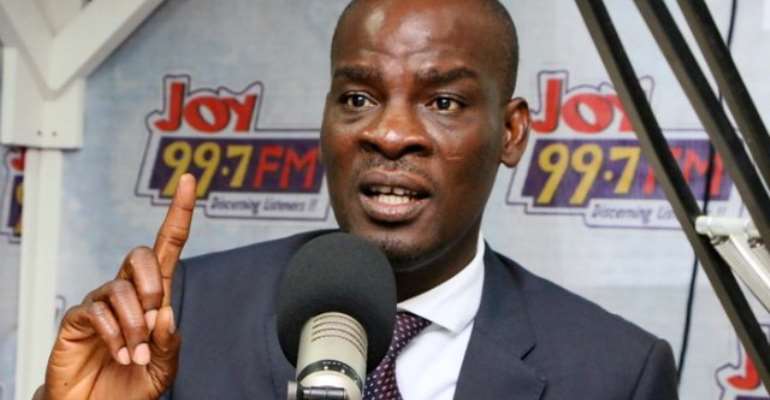 The Minority leader says the vetting of ministerial nominees of the governing New Patriotic Party (NPP) would be a sharp departure from the usual rubber stamp procedure that has characterized previous exercises.

Haruna Iddrisu says they would uphold the Constitution by conducting a thorough background checks of the nominees and ensure that all of them meet the basic requirement spelt out in the country's laws for ministers of state.

Speaking to Evans Mensah, host of Joy FM’s Newsnite programme Thursday, the former Employment Minister said they would explore issues such as the “moral turpitude, fraud” by the appointees.

Parliament would start the vetting of the 35 ministerial nominees announced by President Nana Addo Dankwa Akufo-Addo on Friday January 20, 2017.

But the Curriculum Vitae (CVs) which contained the academic and professional credentials of the nominees were furnished to Parliament’s Appointment Committee less than 24 hours to the start of the exercise.

Former Deputy Housing Minister, Samson Ahi had told Joy News the minority might consider boycotting the vetting process if they are not furnished with the documents early.

He said his office and that of others were served with copies of the CVs less 15 hours to the exercise, adding the process would be transparent.

Mr Iddrisu who is also on the committee has confirmed to Joy News that copies of the CVs have been delivered to them.

“I can confirm that before we left our offices this [Thursday] evening copies were given to the minority leaders so we look forward to tomorrow [Friday],” he said.

He said the Committee would quiz the nominees to test their “appreciation of policies, understanding of policies and their area of competence.”

The Tamale South MP said they would ensure government does not create a portfolio to undermine the “powers” of Vice President, Dr Mahamudu Bawumia.

“We are mindful of duplication of roles that will undermine the efficiency of government and policy intervention,” he said.

He decried the size of government, saying the nominated 35 ministers will be a drain on the nation’s limited resources especially when the president had promised to protect the nation’s purse.

“There are many role conflict,” he said, asking who would the Senior Minister, and Monitoring and Evaluation Minister report to.

“We are not enthused by the decisions of the President. Apparently we will hold them to policy pledges made to the people of Ghana with the appointment that they have made,” he added.