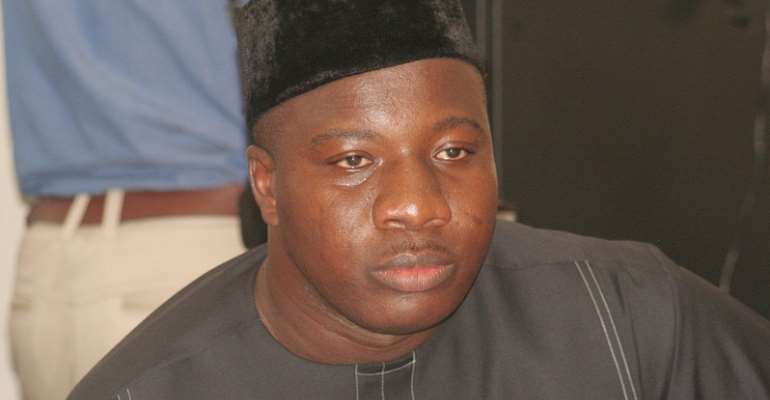 Kwaku Asare, a US based Ghanaian legal luminary and constitutional scholar, has shredded claims by Member of Parliament for Bawku Central, Mahama Ayariga, that the nomination of Yaw Osafo Maafo as Senior Minister by the President is unconstitutional.

Mahama Ayariga has, in a letter addressed to the President, Nana Addo Dankwa Akufo-Addo, asserted that the creation of the position of Senior Minster is an affront to the constitution. He has therefore called on the President to reconsider the nomination.

However, in a swift rebuttal posted on his Facebook page, Prof Asare insisted: “there is no merit in Mahama Ayariga's contention that appointing a senior minister is a constitutional aberration.”

He subsequently subdivided Mr Ayariga’s argument into three ‘shaky’ pillars and went ahead to dismantle them.

The law scholar dismissed the first pillar, insisting it was without basis: “The first pillar fails because the only ministerial position required and mentioned by the Constitution is that of Attorney General,” he pointed out.

“The second pillar must also fall because even if it is demonstrably established that the framers rejected the notion of a Prime Minister, it will only mean that they rejected it as a 'constitutionally mandated office. It will not mean that a President, pursuant to his exercise of executive power, cannot appoint a Prime Minister or someone to exercise the functions of a Prime Minister, however the person is called,” he continued.

“My position is that all the former Presidents have appointed Prime Ministers, often occupying the position of Chief of Staff. P. V. Obeng, Kwadwo Mpiani et al come to mind. It is really up to the President to decide whether a minister will report directly to him or indirectly to him through the First Lady or the Chief of Staff, etc. There is no ministerial organization chart in the Constitution,” he added.

The renowned law scholar further butchered the last pillar in a similar fashion. It also falls flat “because we have deputy versus substantive ministers; cabinet versus non-cabinet ministers; small budget ministers versus big budget ministers; ministers at the Presidency versus those at the ministries; etc. Nothing in the Constitution ties the hands of the President in creating whatever hierarchy or structure that he wants for his ministers”.

The MP had argued in his letter: “The nomination of any person to be vetted for the post of a “Senior Minister” constitutes a constitutional aberration. The simple reason is that nowhere in the Constitution does the office of ‘Senior Minister’ exist. The Senior Minister post which you have created is demonstrably analogous to the office of Prime Minister. I will show, from a review of the history of the enactment of the 1992 Constitution that there was a very conscious decision to avoid creating any office similar to that of a Prime Minister. The idea of having a Prime Minister was explicitly turned down.”

The law maker opined “Literally and ordinarily the word ‘senior’ means ‘higher in standing or rank’ relative to another Minister of State. But our constitutional governance architecture only recognizes a ‘Minister of State” who the Constitution sometimes refers to as a ‘Minister’. Ordinarily also, the word ‘senior’ is used to show that one person is more advanced in age than another. The Constitution does not make that differentiation when it comes to ministerial appointments. Being advanced in age does not entitle you to be vetted by Parliament and given the accolade of ‘Senior Minister”.

Additionally he noted “A proposal was made to the framers of our Constitution to create the post of a Prime Minister and it was rejected. The Consultative Assembly that drafted the final constitution rejected the creation of the office of Prime Minister or any post akin to it.”