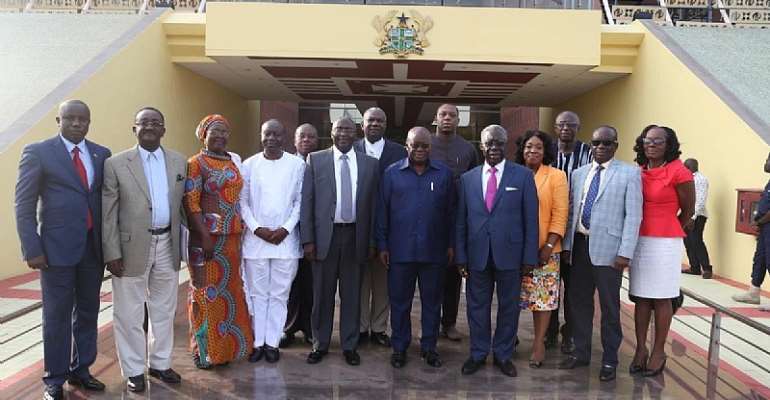 A group, Patriotic Youth, affiliated to the New Patriotic Party (NPP) in the Sunyani West Constituency of the Brong Ahafo Region, has commended President Nana Addo Danquah Akufo Addo for the appointment of Ignatius Baffour Awuah (MP) as Minister for Employment and Labour Relations Designate.

The group conveyed their commendation in a statement signed by its convener Korang Takyi Frank.

According to the group, the Member of Parliament for Sunyani West Constituency is the best choice for the post having served as a Regional Minister, his tenure witnessed massive development in security, economy, infrastructure and many social interventions and therefore, has the experience and competence to steer the affairs of the new ministry, “the group said in a statement.

“He is honest, down to earth and will therefore have a good working relationship with labour unions. As an MP, he has constructed nurse's quarters and mechanized five boreholes Sunyani-Fiapre, renovated and paved markets in the constituency as well as support to the needy and the development of sports”.

The group expressed the hope that the Minister Designate would institute measures to address the unemployment problems in the country, which according to them had become a national security threat.

The group blamed the outgoing Minister, Hon. Haruna Iddrisu and the National Democratic Congress (NDC) government for subjecting Ghanaians to undue hardships with their inability to create job opportunities for teachers and nurses.

They therefore expressed the hope that Ignatius Baffour Awuah will work hard to consolidate and strengthen the confidence of Ghanaians in the Nana Addo-Bawumia led administration that will restore hope to all with the creation of job opportunities and restoration of teacher and nursing trainee allowances.

“We therefore call on parliament to confirm his nomination to enable the NPP implement its policies to minimize the suffering of Ghanaians and reduce unemployment to transform the country's economy”. The statement concluded.