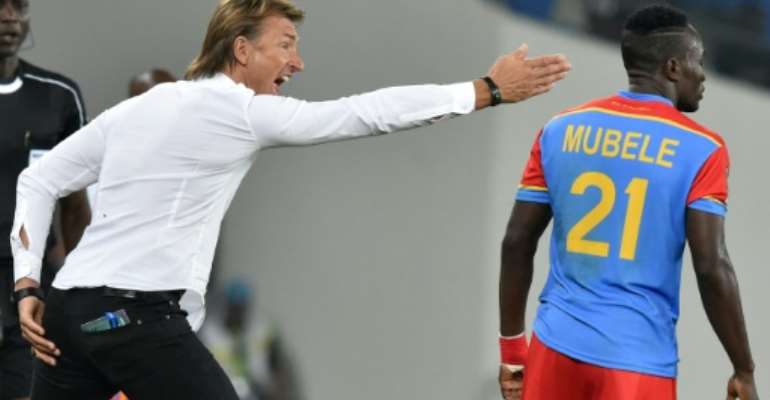 Morocco's French coach Herve Renard, seen in action during their 2017 Africa Cup of Nations Group C match between against DR Congo, in Oyem, on January 16. By ISSOUF SANOGO (AFP/File)

Renard, a Cup of Nations winner with Zambia in 2012 and the Ivory Coast in 2015, was hired by Morocco last year and given a mandate to reach the semi-finals.

Right now, a last-four place must seem a long way off for the blond, bronzed 48-year-old former Paris rubbish collector who always wears a white shirt on matchdays.

Morocco could not translate possession into goals three days ago and a goalkeeping blunder by Munir Mohamedi gifted the Democratic Republic of Congo a 1-0 win.

That loss left the Moroccans pointless and bottom of a table headed by DR Congo with three points followed by title-holders the Ivory Coast and Togo with one apiece. 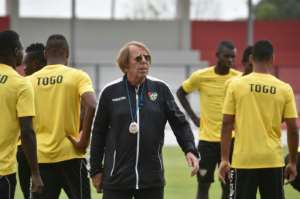 Veteran Le Roy is at the Cup of Nations a record ninth time and although he can boast of just one title -- with Cameroon in 1988 -- he has failed to reach the knockout phase only once.

Cameroon, Senegal, DR Congo, Ghana and Congo Brazzaville all benefited from the 68-year-old with a fondness for dark jackets and t-shirts.

Togo are the latest beneficiaries of wisdom gathered over three decades in Africa and they were never overawed when forcing a 0-0 draw with an Ivorian side that appeared much stronger on paper.

When Le Roy coached 2008 hosts and bronze medallists Ghana, his assistant was then unknown Renard. It prove a fruitful relationship for the younger Frenchman.

"He has given me so much in my life," Renard said after the finals draw. "Not just about football, but how to evolve as a man. 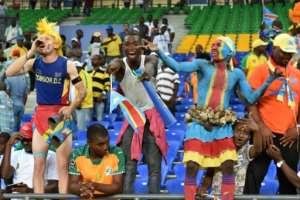 DR Congo supporters cheer for their team during their 2017 Africa Cup of Nations Group C match against Morocco, in Oyem, on January 16

"I would need a lot of time to speak about the good things that Claude has brought to my life."

Le Roy was equally complimentary recently about the man he mentored and turned into the most sought-after coach in Africa with Morocco dumping ex-star Badou Zaki to hire Renard.

"Herve knows how to lead a group and likes his players," said Le Roy.

"Liking your players and displaying a great sense of justice and understanding is the best way to work."

For Renard and Le Roy the pre-match emphasis would have been on finishing as Morocco and Togo created few chances in their opening matches.

Morocco have failed to score in their last three competitive matches dating back to October and recently out-of-favour Youssef El Arabi might get a start. 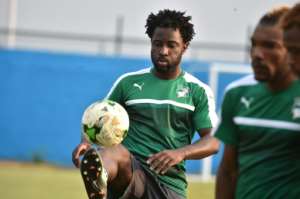 Ivory Coast's Wilfried Bony takes part in a training session on January 17 in Oyem, Gabon, during the 2017 Africa Cup of Nations tournament

DR Congo, less favoured than the Ivory Coast and Morocco before the group kicked off, will seal a quarter-finals place if they defeat the defending champions in the first match of a double-header.

It is a repeat of a 2015 semi-final in Equatorial Guinea which the Ivorians won 3-1 before edging Ghana 9-8 on penalties after a goalless title decider to win the competition a second time.

Both teams would have preferred to play later as the late-afternoon heat had many Ivory Coast and Togo players wearing sweat-saturated shirts.

Midfielder and captain Yaya Toure has retired from international football to concentrate on his career with Manchester City and China-based winger Gervinho is injured.

"There is no need for panic," stressed Dussuyer after the Togo draw. "We have two matches left and two victories will assure us of a place in the knockout stage."