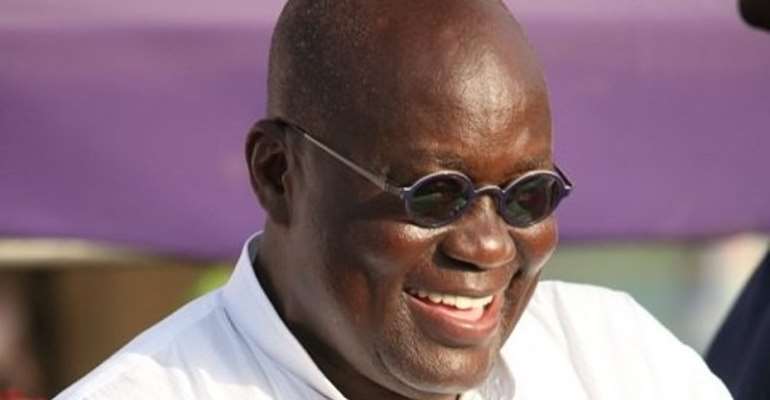 His Excellency President Nana Addo Dankwah Akufo-Addo is publicly known to have certain enviable qualities, aspirations and beliefs. He believes in treating all Ghanaians with fairness and dignity irrespective of their social and tribal backgrounds. He is an embodiment of unity who is colour and tribal blind when it comes to dealing with Ghanaians. He sees every Ghanaian as a compatriot who must have the same right to justice despite their status in the country. On top of all, he is incorruptible, dynamic, and dedicated to be of service to Ghana and his people, being the father for all, but not only for the privileged few or members of his NPP party.

Going by his qualities and aspirations to serve Ghana in absolute faith and honesty, I shall only advise his supporters, members of the NPP, and anyone who claims to share his dreams of better Ghana for all, not to do anything to undermine him.

What do I mean by this? Before then, let me explain what UNDERMINE means. By dictionary definition, it means, to make someone less confident, less powerful, or less likely to succeed, or to make something weaker, often gradually.

There are two major ways of undermining someone as per my view as regards this very publication. They are (1) deliberate (conscious) efforts made with the motive of getting a person fail in whatever task, aspirations or execution of their good or bad intentions. (2) Unconsciously doing something that has the potential to negate someone’s plans, good intentions or the job that they are doing.

Today, I will relate my advice, suggestions and solutions to how those who claim, or may claim, to love or support His Excellency President Nana Addo Dankwah Akufo-Addo, may unconsciously do things that have the clear potency to undermine him to render him a failed President in the end.

If you love or like somebody without just pretending to, you will never do anything questionable that will either tarnish the reputation of, or undermine, the person. Love is not mischievous. According to 1 Corinthians 13:4 - Love is patient, love is kind. Love does not envy, is not boastful, and is not conceited.

Let me pause a second to define the word UNCONSCIOUS as in the dictionary and as being applied by me in this write-up. An unconscious thought or feeling is one that you do not know you have or not consciously realized, planned, or done. When you do something without intent, with whether or not your action so taken, or the thing done, favours a cause or not, you are said to have done it unconsciously.

Going back to the reasons for putting out this publication, it has come to the public domain that some NPP sympathisers or activists are on crusade to pay the NDC people back in their own coin. In December 2008 and early 2009 when the late President Mills won the election and was sworn in as the President of Ghana, the former spokesperson of former President Rawlings, Victor Emmanuel Smith, who had just been sacked by his master, led gangs of NDC people to seize cars of the outgoing Ministers of former President Kufuor’s NPP-led government. The NDC gangs used force to chase out suspected NPP people manning public toilets and even at Agogloshie in Accra, it was alleged these gangs maimed and murdered some NPP sympathisers.

Mr Victor Emmanuel Smith later became Ghana’s Ambassador to the United Kingdom until he resigned to proceed to Ghana to contest for the parliamentary seat of Abuakwah North in the Eastern region in the 2016 Elections but which he lost miserably.

Yes, the NPP supporters have every right to pay them back in their own coin but do two wrongs make a right? No! Let me quote Apostle Paul in the bible to buttress my contention. 1 Corinthians 6: 12- "I have the right to do anything," you say--but not everything is beneficial. "I have ... "Everything is permissible for me," but I will not be mastered by anything. ... There is a liberty wherewith Christ has made us free, in which we must stand fast”.

Does forcibly lawlessly taking over public toilets or tollbooths help advance the cause, or the intended achievements, of, the President to better the lives of Ghanaians? No! His election as the President of Ghana alone has set us free from the economic slavery, lawlessness, practice of selective justice, cronyism and extreme tribalism that were brazenly in orchestration and perpetuation by former President Mahama and the NDC government and party. We have to be proud of it and make sure we safeguard it.

Surely, the public toilets and the tollbooths must be taken over but in a lawful way. I know for a fact that those attending such facilities generate money for themselves but not for the government or the Ghanaian taxpayers. Most of the money collected goes into the private pockets of the hired or the self-nominated operators of the facilities hence people always fighting over their possession or ownership by adopting all sorts of illegal means. I know this for a fact.

I shall write to suggest how this periodic fighting over public toilets and tollbooths at the change of governments will be resolved once and for all.

Anyone who means well for the President won’t engage in lawless acts thinking he/she can get away with them because they are members of the NPP, or they voted for Nana Akufo Addo or campaigned for him to win the election. No, that is not his vision and that is not the trait of an incorruptible person or a man of integrity. Please, do not let our emotional actions taken, or the satisfaction of our selfish interests put the President in bad light.

With President Nana Akufo Addo, although the law is an ass, meaning the legal system or a particular law is wrong or not good enough, and should be changed; the law is still no respecter of persons, meaning, all men are equal before the law. Period! Therefore, there is no room for anyone to commit acts of lawlessness in the belief that he is a member of NPP or a supporter of President Akufo Addo so he can get away with them. If anyone does that, they are unconsciously undermining the authority of, or the trust the public has in, President Nana Akufo Addo.

Anyone who behaves in the manner that I have just spoken against, is in effect seeking the failure or the downfall of the President but unconsciously.

I shall advise all the supporters of the President and NPP to behave in a manner that is responsible and lawful to give no room to his detractors or political rivals to speak ill about him. We have the duty to help him succeed to the admiration and expectation of all Ghanaians as he has promised.

Please, let us not engage in any malpractices that have the likelihood of denting the credibility of our President if indeed, we love him and wish him well in the performance of his functions.

I pray that the President will in the few days ahead stamp his authority to be the firm, fair and friendly incorruptible person that we all know of.

I hope the supporters of NPP of whom I am one, will listen to me in good faith to do as I have suggested without seeking to settle personal scores with the NDC now by resorting to illegal means. We should wait for the law itself to hold them by their balls as soon as the President and his government settle in and set the ball rolling.

No lover or supporter of His Excellency President Nana Addo Dankwah Akufo-Addo, should engage themselves in acts that are frowned upon by the law, but in the hope of getting away with them when caught, by the mere fact of their affiliation to NPP. Whoever does that either consciously or unconsciously must see themselves as undermining the President and his government.

More Feature Article
Modern Ghana Links
The December 7th polls must be held peacefully
Instituting Constitutional Monarch in Ghana as the head of state and ending tyranny of the security forces: returning to original Africracy where governmental power resides with traditional rulers
Rawlings was far ahead of Nkrumah
John Dumelo Is an Opportunist Who Needs to Be Called Out
Who are you voting for?
Why The Discrimination Against Non-professional Teachers in The Payment of Teachers Professional Development Allowance?
Bright Philip Donkor: Peace, non-negotiable let’s embrace it
Calling on All Cocoa Farmers to Vote Massively for Nana Akufo-Addo and NPP
Is Martin Amidu the Only Wiseman in Ghana?
Dossiers Quotes Coronavirus
TOP STORIES