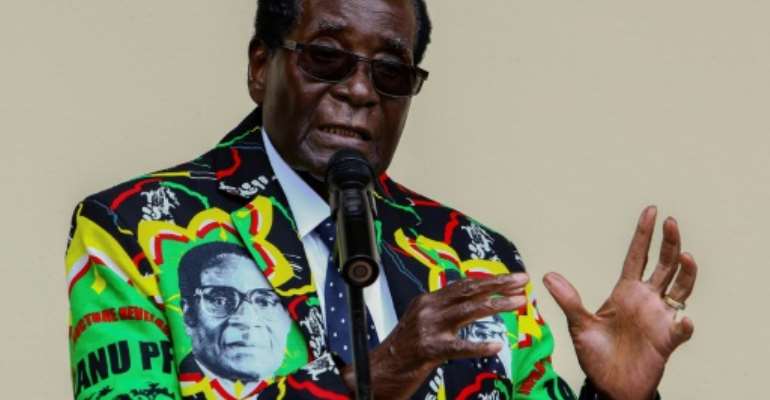 Harare (AFP) - Zimbabwe police on Monday detained a pastor who claimed that veteran President Robert Mugabe, who turns 93 next month, would die in October, his lawyer said.

Gift Mtisi said Pastor Patrick Mugabe was arrested at the magistrate's court in Harare where he was appearing on separate charges of wearing the national flag and charged over the prophecy made last week about Mugabe's demise.

"He was appearing at the court on a different matter when police arrested him during a break and charged him over the prophecy," Mtisi told AFP.

"He was initially charged with undermining the authority of the president and the charge was later changed to insulting people of a certain race or religion."

Mugadza, who is based in the northern resort town on Kariba held a press conference last week where he announced that Mugabe would die on October 17.

Poking fun at Mugabe or making predictions about him is a risky business in Zimbabwe, which has a law that forbids "undermining the authority of or insulting the president."

In 2015, Mugadza was arrested and detained for nearly a month after holding a placard telling Mugabe his people were suffering under his rule.

On independence day last year he gave a sermon while tied to a lamppost in Harare's main shopping mall saying the act symbolised the lack of freedom in Zimbabwe.

Mugabe has been in power since independence from British colonial rule in 1980. His health has been subject of speculation as he makes frequent visits to the Far East for medical treatment.

Mugabe has avoided naming a successor and his ZANU-PF party has been riven by factional fights between camps angling to succeed him.

The president faced a surge of opposition street protests last year against his authoritarian regime.