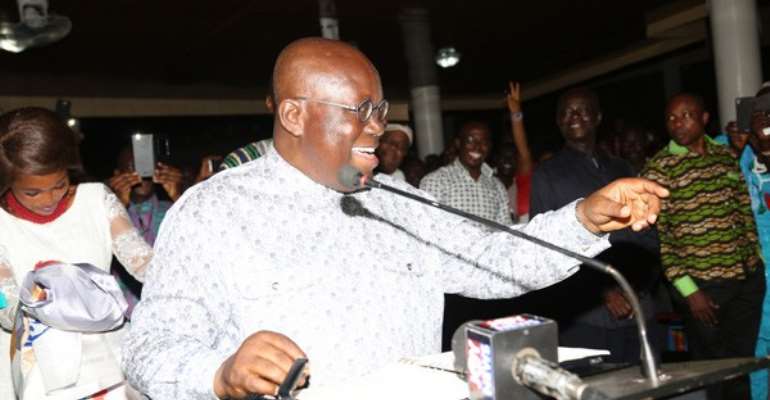 President Nana Akufo-Addo in a subtle way has reacted to critics who took him to the cleaners after it emerged parts of his inaugural speech on January 7, 2017 were quotes of two former US presidents George Bush and Bill Clinton.

The president failed to give credit thus was accused of plagiarizing the speeches of these former presidents – a situation many including the opposition National Democratic Congress (NDC) said he exposed Ghana to public ridicule.

To save himself for another controversy, President Akufo-Addo at a thanksgiving service at the Ridge Church in Accra amused the congregation when he appropriately sourced a quote from the Bible and reminded them that he has purged himself of any form of plagiarism.

“I want to refer to the book of Lamentation 3: 25, 26: 'The LORD is good to those who wait for him, to the soul who seeks him. It is good that one should hope and wait quietly for the salvation of the Lord,'” he read from the Bible.

Akufo-Addo then broke the silence in the church auditorium when he joked, “end of the quote. I have had problems with quotes… so that there is no more confusion.”

Akufo-Addo Has Turned Ghana Into 'Hell-Hole Instead Of Parad...
15 minutes ago