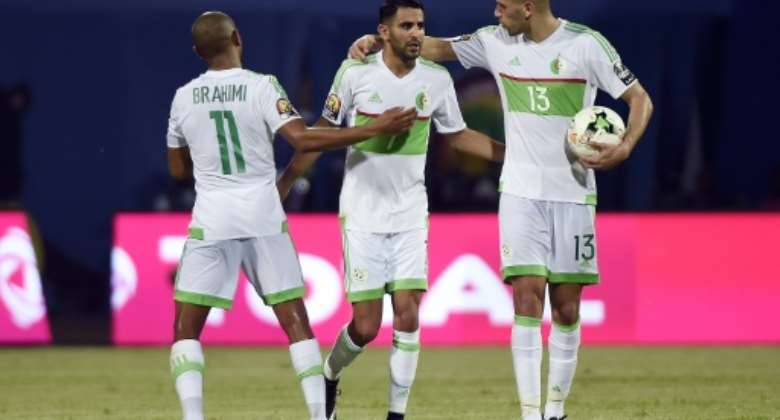 Franceville (Gabon) (AFP) - Riyad Mahrez scored twice but Algeria had to settle for a 2-2 draw with rank outsiders Zimbabwe as their Africa Cup of Nations campaign got off to a slow start in Franceville on Sunday.

Newly-crowed African player of the year Mahrez gave Algeria an early lead in the Group B match but Kudakwashe Mahachi quickly equalised and a penalty before the half-hour mark scored by Nyasha Mushekwi had the Warriors in front.

In an action-filled encounter Zimbabwe -- whose build-up to the finals was overshadowed by a row over bonuses -- were just eight minutes away from claiming a famous victory before Mahrez struck again to secure a share of the spoils.

Court issues warrant for arrest of Xavier Sosu for 'disrespe...
38 minutes ago