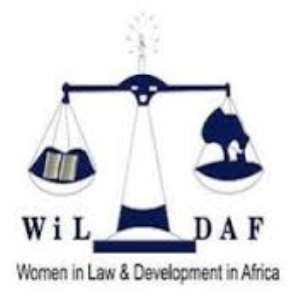 By Samira Larbie/Elizabeth Tetteh, GNA
Accra, Jan. 14, GNA - The Women in Law and Development in Africa (WiLDAF), has expressed fear in the current trend of appointments made by the President Nana Addo Dankwa Akufo-Addo.

It said the appointments did not reflect the promise made in the New Patriotic Party's (NPP) 2016 Manifesto.

It said if government was not able to achieve even the minimum of 30 per cent threshold of women's representation, then Ghana would be at a lost in the next 50 years.

Mrs Magdalene Kannae, a Board Member of WiLDAF speaking at a press conference in Accra said the nine women appointed out of the 36 ministerial nominations fell short of the International, Regional and National standards and that of the NPP.

'Ghana has signed onto a number of conventions, treaties and protocols such as the Convention on Elimination of all forms of Discrimination against Women (CEDAW), Beijing Platform for Action, the Sustainable Development Goals and the Commonwealth Plan of Action on Gender Equality.

'These set the minimum target of 30 per cent representation women in decision making positions,' she stated.

She said the African Union Charter on Human and Peoples Right of Women in Africa's provision on the gender equality also set a target of 50 per cent representation of men and women in public office.

Mrs Kannae urged the President to fulfil its social development agenda by ensuring that aside the ministerial positions, women were well represented and appointed as deputy ministers, ambassadors, heads of district assemblies including district chief executives, commissions, councils and government appointees to public boards.

She also asked the Ministry of Gender, Children and Social Protection and the Attorney General's Office to expedite the process of resubmitting to Parliament the Affirmative Action Bill for it consideration.

The NPP-led parliament must pass the Affirmative Action Law as soon as possible, she said.

Mr Frank Boagya, the Manager of Governance WiLDAF, said: 'One or two appointments do not cover the 30 per cent but it should be across board and at least every list should have 30 per cent.

'If NPP and the NDC (National Democratic Congress), who have ruled the country for the past 25 years are not able to appoint enough women into positions then they are not national in character.

'We will continue the struggle and advocate until we get there because we have been working across board with all the governments and we will always do this work until we achieve our target,' he added.