NCCE Director unhappy with crave for wealth by some politicians 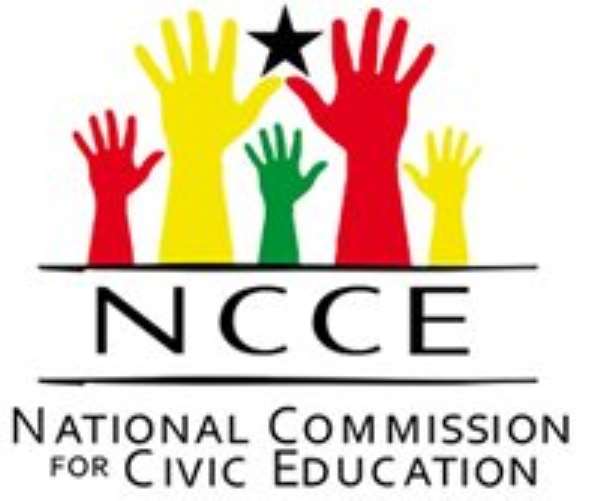 By Albert Futukpor, GNA
Tamale, Jan. 13, GNA - Alhaji Abdul Razak Saani, Northern Regional Director of the National Commission for Civic Education (NCCE), has criticized the crave to make wealth through serving the country instead of working to ensure development.

He said some people entered politics purposely to loot the country but not to necessarily work towards her (country) development.

He was speaking during the Northern Regional Scout Dialogue Seminar held in Tamale to build the capacity of scouts to promote peaceful dialogue in communities in Northern, Upper East and Upper West Regions to ensure peace.

The seminar, attended by about 30 scouts drawn from Northern, Upper East and Upper West Regions, formed part of the project dubbed: 'Ghana Scouts Dialogue for Peace in 2016 and beyond' being implemented by the Ghana Scout Association.

The project is targeted to reach a number of 'hot spots or flash points' through dialogue sessions of the different factions of electorates and political party members.

Alhaji Saani was happy that President Nana Addo Danquah Akufo-Addo has served notice of working to protect the national purse saying this would deter people with the mindset of making wealth through serving the state to desist from such acts.

He called on all to dedicate themselves to serving the interest of the country saying all must be active citizens to play their civic roles effectively to promote the country's development.

Alhaji Saani condemned the acts of some supporters of the ruling New Patriotic Party (NPP) to forcefully takeover some state institutions following the party's victory in the December general election saying such acts were an affront to the democratic gains of the country.

He called on all to tolerate one another and respect the laws of the country for democracy to flourish.

Reverend Father Thaddeus Kuusah, Northern Regional Executive Secretary of the National Peace Council, spoke about conflict in communities and its effects calling on all to tolerate opposing views for peaceful coexistence.

Mr Victor Atipagah, Member of Africa Scout Committee, expressed the hope that the project would help prevent pockets of violence being recorded after the December 7 election.