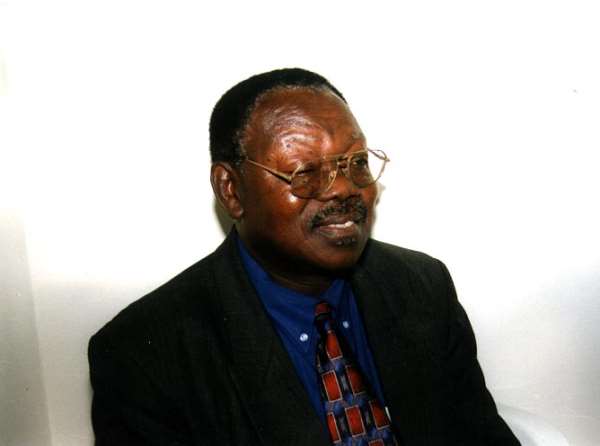 Accra, April 01, 2005 (Chronicle) -- The Greater Accra Regional Minister, Sheikh Ibrahim C. Quaye has been accused of refusing to implement a waste management programme, Community Waste Pre-Collection Scheme, for fear that his brother, who owns MOHAS Waste Management may lose his contract with the Accra Metropolitan Assembly. The pre-collection programme that was initiated by the former Accra Metropolitan Assembly (AMA) boss, Mr. Solomon Ofei Darko and endorsed by the President, the Local Government Ministry and the Ministry of Tourism and Modernization of the Capital City, was to generate 3,000 employments for the youth in the Accra Municipality alone, and relieve the AMA of the monthly waste management bill of ¢2.5billion it presently pays waste management contractors.

Chronicle gathered that the programme, when implemented, would support some of the effective existing waste management contractors and also generate at least ¢12 billion revenue for the AMA.

When the paper contacted the Regional Minister, he said it was not logical for his subordinate to initiate a programme for him to implement.

The former Minister of Local Government, Mr. Adjei Darko had told The Chronicle when contacted in February, while he was in an acting position, said his ministry did not have the ability to implement programmes; they only facilitated them.

He noted that the AMA and the regional administration must be capable of generating their own revenue and condemned a section of the public that has been accusing his ministry of being responsible for the filth in the Accra municipality.

According to him, his ministry was not responsible for the management of the AMA, and only assisted them financially, since they could not generate their own revenue.

The paper learnt that under the programme, the AMA was to use part of the Heavily Indebted Poor Countries (HIPC) funds to provide pushcarts and sanitary gear for the youth to carry out refuse collection from house to house, for a minimum fee and to wheel it to the collection points from where they would be carried to the main dumping sites.

The paper learnt that though about seven months ago, Mr. Adjei- Darko, then the substantive Minister of Local Government, announced on Hot Issues, a TV3 programme, that the programme was to be launched before this year. This could not happen because the Regional Minister refused to implement the programme.

The Programme Coordinator, Mr. Joseph Asamoah-Gyamfi told The Chronicle that an orientation programme had already been done with the Assembly members but all efforts to make Sheikh Quaye implement it had proved futile.

He said the programme is to deal with waste management in the unplanned residential areas, where the Assembly Members, Unit Committee and Sanitary Inspectors would play the facilitation and enforcing role, by allotting a number of houses to a youth to collect domestic refuse daily for a fee of ¢500 per head in a household, and 25% of the projected daily earnings paid as dumping fee to the skip keeper.

He said, “The community waste pre-collection scheme would relieve AMA of the financial burden, as well as create jobs for the youth.

At the micro-economy level, the scheme could inject spending income or liquidity of about ¢3billion a month, thereby stimulating the local economy.”

He noted that there is empirical evidence that the communities would accept the programme because a similar concept, which was initiated in 1996, with the youth of Kokomlemle and Nima, received great patronage by the residents.

He said currently, some youth groups in Darkuman, Odorkor and Abbosey-Okai have been attracted to the programme and are charging rates ranging from ¢2000 to ¢5000.

Mr. Asamoah-Gyamfi indicated that almost all the 13 Sub-Metropolitan Councils of the AMA have requested that the scheme be carried out in their areas.

According to him, it is projected that for the scheme to make the desired impact in each sub-metro, the Council would require a minimum of 100 scavenging push carts, except for the Ashiedu-Keteke sub-metro, which would require 300, due to the high density of human and commercial activity.

He reemphasized that a total of 1,500 pushcarts would be required to cover all the 13 sub-metroplitan councils at a total cost of ¢9billion at a unit cost of ¢6million, comprising the push carts and sanitary gear of: uniform, Wellington boots, shovels, nose masks, hand gloves and 'Ali brooms.'

This is what Akufo-Addo and US Vice President Kamala Harris ...
42 minutes ago