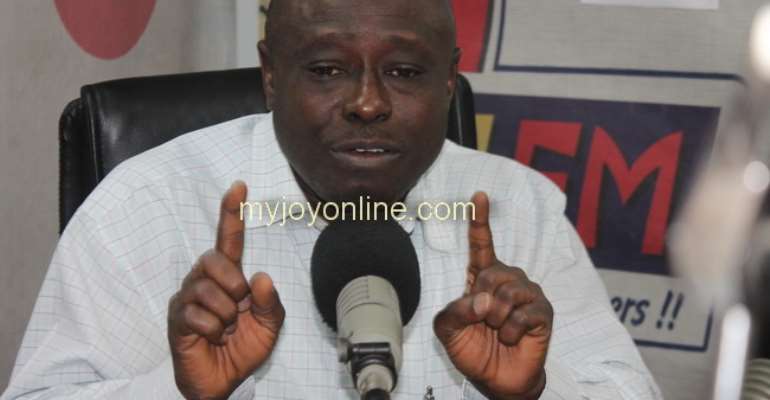 There is an adage in Akan language that says “Nia Onim tow na ye de no gyina tserepong so”, translated to mean that “the mantle is given to the one to whom it befits best”.

This can be translated in many other forms such as these; the opportunity is given to the best and capable captain to sail the ship, or the one who can win is the one to lead the battle, etc.

The caveat is that it is highly unexpected to see people highly esteemed as such, to fail because their failure does not bring shame to them alone but also to the people he represent and to a large extent their community, organization or even their country.

Why bother you with all these, well the issue is simple. The crust of all I want to put across is that some mistakes are highly grievous, and should quickly warrant the attention of management in order to put thing right and avoid future occurrences.

Last week Sunday, 7th January, 2017, the host of the popular evening sport programme on the nation’s television, Mr. Carl Tuffour committed as serious blunder when he signed out on the show, “Sunday Night Live”.

In about 10 minutes to the end of the show, he seemed to be doing his own thing with the device he held in his hand, leaving the 3 panelists to wax lyrical on their knowledge of what they perceived to be the outcome of the AFCON 2017 and the fortunes of the Ghana Black Stars.

Suddenly, he comes in to truncate the nicely caught up conversation among the three panelists as he tells them, “times is up and we’ve got to go”.

One cannot tell whether he received a notice from his producer that he should end the show or he noticed himself that he has outlived his time schedule, but whatever the case may be, that was where the blander came in and I quote “Anything you want to do, feel free to do whatever you want to do and remember to do one for me too”.

Before I go on to talk about the vagueness of his sign-out, let me hasten to say that my senior brother and I got confused on what he said. My brother now questioned me, what did he say? What does he mean? What is he trying to communicate? Is it that if someone wants to kill, he or she should feel free to do so and also do one for him as requested?

As confused as I was, I couldn’t help but to sing the same chorus with my brother – what is this?

My brother’s knowledge of me as a trained journalist makes him ask me questions sometimes, when he says; is that how your work is done? With this, I have to take my time to explain to him some of the technicalities of our job.

That notwithstanding, I couldn’t have dared to defend the this blunder caused by Mr. Carl Tuffour because you don’t need another person to tell you that eat salt, for your taste buds are week. After all, the fact that one does not know how to play a piano does not mean he cannot differentiate a good sound from a bad sound.

Some mistakes are highly unexpected not defendable, cannot be defended and should not be defended, A condemnation is rather needed for a wrong to be made right the next time.

Talking about the vagueness of Mr. Toffour’s sign-out, it is important to note that signing out on a programme or a show has a bearing on the viewer or the listener, giving directions as to whther they should welcome another invitation to watch or listen to a next episode the following day, week, month, the next year or what have you.

Kwame Safe Kayi of Peace FM always loves to sign-out in a religious style by requesting his listeners to do one thing for him, “…keep your hopes and dreams alive, and as always, whenever you stop to say a prayer, say one for me too. Good morning, God Bless”.

Again, Joe DeGraft Aikins (Joe Digie) of Peace FM also likes to sign-out in a fashionable but in an advisory manner and he goes like this, “…don’t do anything I wouldn’t do”.

In effect, they are requesting of you to do something meaningful and of great importance as well as entreating the general public especially their listeners to stay away from troubles. However, to tell your viewers to do whatever they wish to do and request of them to do one for you, first of all, carries no clear meaning, gives people the go ahead to do something that may cause them to fall within the grips of the law. Above all, it also leaves much to be desired.

In any case, should someone act upon his words to commit any offence (…do whatever you want to do, and do one for me too) and attributes it to him, will Mr. Carl Tuffour take responsibility for the actions of another person, bearing in mind what he said? If not, he should then take this in good fate and make the necessary corrections he needs to make because he is a veteran in the business and many people look up to him.

I also blame the management of the Ghana Broadcasting Corporation for their negligence of duty over time, one of which has given rise to this from a senior staff. If there have been proper queries and discipline to such things form working staff, GBC, an entity 13 years younger than BBC would have reach international level with all the respect that should be accorded it.

Africa alone cannot boast of a bigger media house like the BBC, Aljazeera, CNN, DW-TV, CCTV, and VoA, among others, and GBC could have occupied that gap.