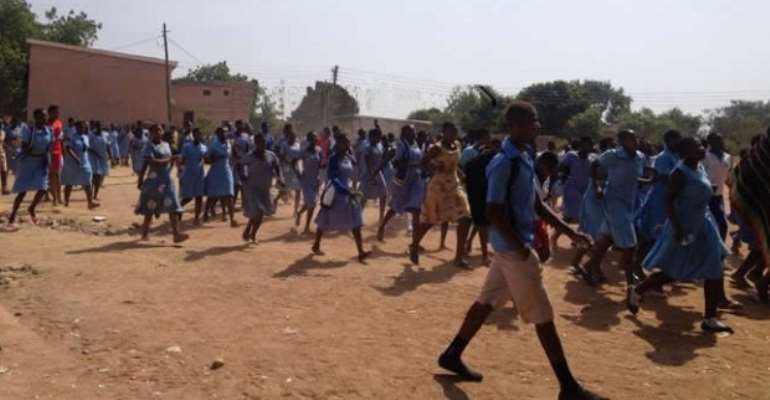 Second-cycle schools in the Upper West Region have re-opened after government released funds  for the payment of feeding grants.

A visit to some schools in the region by Citi News’ Latif Mahama, including Wa Senior High School, T. I. Ahmadiyya and Wa Secondary Technical institute, revealed that “teaching and non-teaching staff had all reported to work.”

According to the headmaster of the Wa Technical  Institute, students of the school had begun arriving for the start of the term.

“Academic work for the second term of the 2016/2017 Academic year has resumed in earnest and I say this on authority. As at yesterday, we had a number of students who came in and we allowed them to sleep in their dormitories. This morning I met a couple of students walking into campus. This was queer because we don't normally have students coming early in the morning on re-opening day and I believe they are very eager,” he said.

The schools were supposed to reopen on January 5, 2017 but this did not happen due to the non-payment of  feeding grant  arrears owed by the government to the affected schools in the three regions of the north.

The Upper East Regional Chairperson of CHASS, Mrs. Francisca Yizura, had earlier told Citi News that the government had released the feeding grants for the second term of 2015/2016 academic year, which will be used to cater for the students.

“It's because of a promise that was made that has been partly fulfilled. The second term of 2015/2016 has been paid up and we think that half a loaf is better than nothing so we felt that we should begin academic work hoping that government will pay us the remaining balance of the third term of the 2015/2016 academic year and the first year of this academic year,” he noted