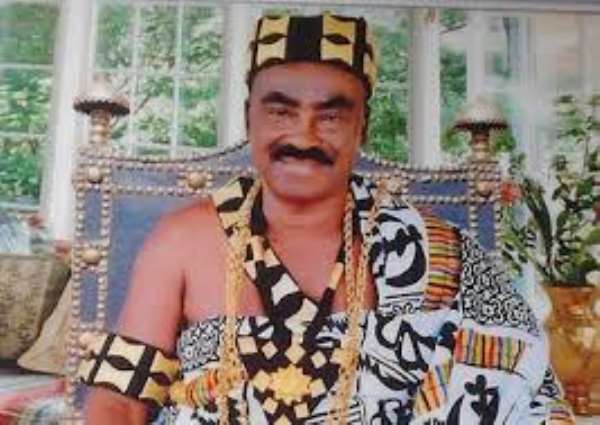 Even before the Nana Akufo-Addo government begins work on the creation of new regions, an influential Paramount Chief in the Volta Region, is proposing how the demarcation of the region should be done.

According to the Paramount Chief of the Gbi Traditional area, Togbega Gabusu, the proposed creation of a new region out of the Volta Region should begin from Asikuma Junction.

Making a strong case for his proposal, Togbega said “when coming to the Volta Region and you enter from Accra, you will see that when you get to Asikuma you will realize that all regions have been laid out perfectly well. Veering through the right, you will be going to Southern Volta and veering through Asikuma and Peki and the others, will give you another region.”

Asked whether Peki and Hohoe should be in this new region, he said “that is what it should be, for convenience.”

This according to him, will provide a fair division between the North and South.

He said residents in the region will be willing to support this intervention, saying “I have contacted my people in Kpando and others before, and I know they will be most willing to form a region in Akatsi and not only in Hohoe alone…”

Asked whether he will lobby for Hohoe to be the capital of the new region, he said: “It depends; to create a regional capital a lot of things should be taken into account. Accessibility to all the other parts of the region and the country at large. The existence of adequate lands for the construction of the regional offices. Another is the availability of ancillary facilities such as schools, hospital, potable water and so on.”

The New Patriotic Party (NPP) administration under Nana Akufo-Addo's leadership, is likely to create at least four new regions out of some existing ones.

This will be a major agenda for the newly created Ministry for Regional Reorganisation and Development, likely to be led by Dan Botwe as the Minister if he's approved by Parliament.

While introducing his nominee for the new ministry, Nana Akufo-Addo said although the constitution allows for the creation of new regions, the processes are stringent and cumbersome.

“The process of devolution of power will require that we look again at the regional structures of our country all with the aim of trying to promote rapid development of Ghana…But the constitutional requirements for being able to create a region are very stringent and not easy.”

He noted that, the process includes a referendum that requires at least 80% of residents in the affected region to approve of the split.

“…That is the certification that the Electoral Commission has to make and when the 50% come out to vote, 80% of them must approve the demand for the creation of the region. We are now talking about a major exercise of political mobilization to be able to create a region…” Akufo-Addo said.

He noted that, the regions that were to see the split include the Northern Region, Western Region, Volta Region and the Brong-Ahafo Region.