Nana Will Not Give Excuses 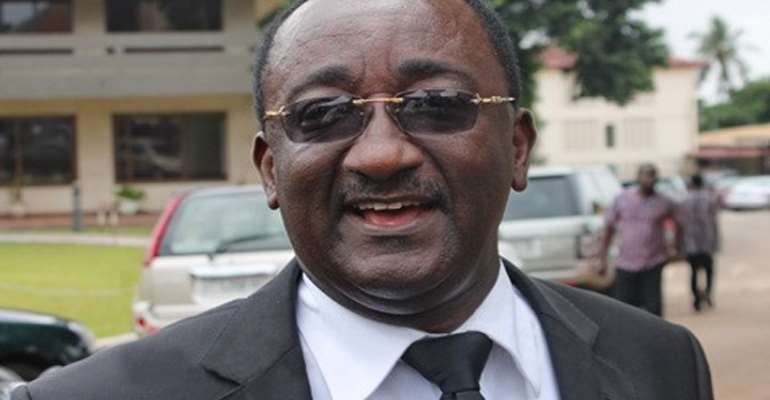 The Minister-designate for Agriculture, Dr. Owusu Afriyie Akoto, is hopeful President Akufo-Addo will fulfill all promises he made to the electorate.

According to him, the president would not renege on the promises he made to Ghanaians during the 2016 campaign.

“All the promises that the president gave prior to the polls are attainable and he will soon fulfill all of them,” he stated.

Dr. Afriyie Akoto stated that promises like the ‘one million dollars per each constituency’ for developmental projects would be fulfilled.

He noted that President Nana Akufo-Addo did not make the promises just to win votes, saying that the NPP's promises are achievable.

Dr. Afriyie Akoto therefore implored the citizenry to exercise restraint and remain hopeful that President Nana Akufo-Addo would deliver to their satisfaction.

The Minister-designate said the sector would experience a major boost soon to ensure food production and security.

According to him, measures would be put in place to make the Agric sector attractive in order to attract the youth and professionals into farming.

Dr. Afriyie Akoto stated that he would stop the smuggling of fertilizers from Ghana when he finally assumes office.

He observed that government fertilizers meant for farmers to increase food production are often smuggled outside the country which negatively affects food production.

Dr. Afriyie Akoto said measures would be put in place to ensure that the transportation of government imported fertilizers is monitored from the harbour to their final destinations.

He also stated that the NPP administration would enhance the cocoa mass spraying exercise to increase cocoa production.

Dr. Afriyie Akoto stated that all cocoa farms would benefit from the mass cocoa spraying exercise, irrespective of the farmers' political affiliations.

He added that all decent bonuses that the farmers deserve would also be paid by the State.

Give EC Benefit Of Doubt On 24-hour Results Promise – CDD-Gh...
16 minutes ago