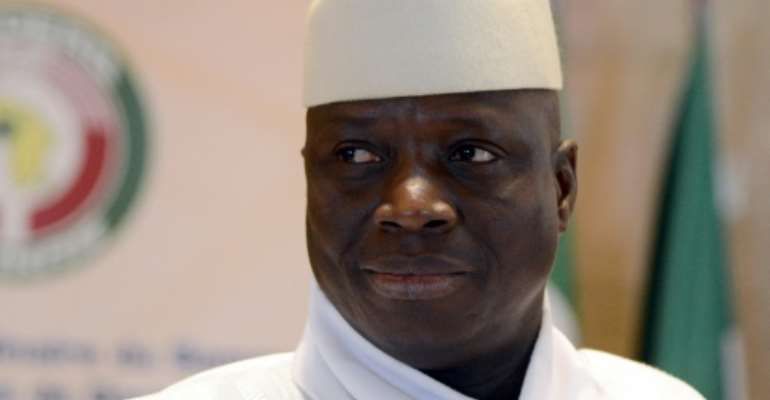 Abuja (AFP) - Nigerian lawmakers are to discuss whether Gambian President Yahya Jammeh should be given asylum, a member of parliament said on Thursday.

Emmanuel Yisa Orker-Jev, head of the rules and business committee in the House of Representatives, said the motion would be discussed later on Thursday.

It asks whether Jammeh should be given "safe haven as part of the reconciliation process of the crisis going on in Gambia", Orker-Jev told state television channel NTA.

Jammeh lost December 1 elections to opposition candidate Adama Barrow but despite initially accepting the result has since vowed to challenge it in the courts.

He has said he will not step down until his complaint is heard, raising the prospect of months of political deadlock because Gambia lacks Supreme Court judges to handle the case.

Orker-Jev said the debate would consider whether asylum for Jammeh would allow Barrow "to take over power, as the majority of Gambians would wish".

The motion, if passed, is not binding on the government.

Nigeria's President Muhammadu Buhari is leading a delegation of West African leaders to Banjul on Friday to try to end the stand-off.

Foreign Minister Geoffrey Onyeama said on Tuesday that "violence should be avoided but nothing is ruled out" by regional bloc ECOWAS to ensure Gambia's constitution was upheld.

Orker-Jev noted that Nigeria has previously given asylum to a number of African leaders, including the Liberian warlord turned president Charles Taylor.

The Innocent Flower Looking Akufo-Addo Is The Mother Serpent...
23 minutes ago