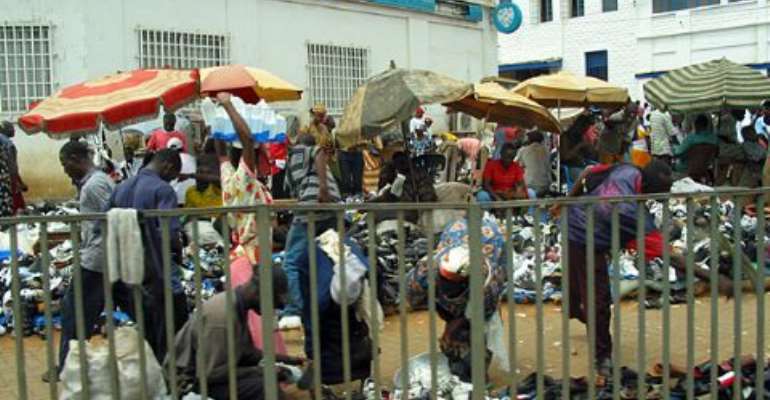 Accra, March 30, GNA - Barclays Bank Plc is to assist the Government to establish off-shore banking in Ghana, Mr David Roberts, Executive Director of the Board of Directors of Barclays Plc and Barclays Bank Plc, said on Wednesday.

"We have to make the necessary arrangements to make off-shore banking operational in Ghana," he said in reaction to an appeal by President John Agyekum Kufuor that the Bank cooperated with the Government to establish offshore banking.

President Kufuor made the appeal when a delegation of the Bank's Directors attending the first International Executive Committee Meeting outside Europe in Accra, paid a courtesy call on him at the Castle, Osu. Offshore Banking is said to be banking operations transacted outside the country in question.

In a host country, this would refer to a foreign entity's ability to bank at a host country's financial institution without regard to the foreign nation's rules and regulations.

President Kufuor said the Bank had played an important role in Ghana's economy to the admiration of the Government and Ghanaians. He cited the Bank's role in the syndication of about 700 million dollars for the Cocoa Sector last year, the biggest amount to support the Sector, and 96 million dollars to the Government towards the West African Gas Pipeline Project.

President Kufuor commended the Bank for the meeting in Accra, saying this was an indication that it was reforming its operations on the African Continent and naturally becoming an African Bank. "We welcome this development to become an African development bank."

President Kufuor said although the Government had efficiently managed the macro-economy, financial institutions were not moving fast enough to take advantage of the prospects.

"The financial institutions should begin to manage their interest rates and charges in such a way that while the economy is forward-looking, you have to relax your terms to attract investors into the country."

President Kufuor called on the Management of Barclays Bank (Ghana) to move ahead with the positive developments in Ghana and offer more assistance to the Private Sector.

"We count on you to assist us in this direction. Let us work together to develop Ghana," he said.

Mr Roberts, who is also the Chief Executive for International Retail and Commercial Banking, said the Bank invested in countries that showed great prospects towards the development of the Bank's business. He said the Bank held its meeting in Accra because of the confidence it had in the economic reforms over the past years and pledged their commitment to assist in the development of sound, prosperous and competitive banking sector in Ghana.

Re-award abandoned hospital project at Abetifi – Akandoh to ...
2 hours ago