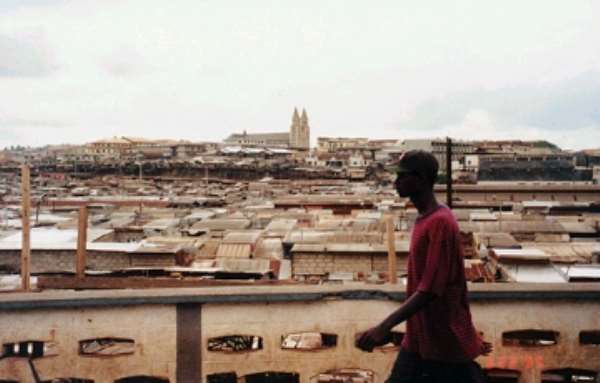 Kumasi, March 30, GNA-Hundreds of displaced petty traders and hawkers in the Kumasi metropolis on Wednesday besieged the premises of the Kumasi Metropolitan Assembly (KMA) demanding the immediate and transparent distribution of the race course market application forms. The application forms would enable them to acquire sites at the race course market, which had been earmarked for petty traders and hawkers who were affected by the recent decongestion exercise embarked upon by the KMA.

According to the traders, some people have in their possession some of the application forms which are not supposed to be sold and are selling them at exorbitant fees to unsuspecting traders.

The traders, who chanted war songs, complained to the press that some people at the KMA were selling the application forms secretly at exorbitant prices.

Their fear is that genuine displaced traders may not get some of the sites allocated to them at the race course market hence their protest for transparent and unconditional distribution of the application forms. However, Mr Sampson Kwaku Boafo, the acting KMA Chief Executive, who is also the Ashanti Regional Minister, at a press conference denied that some members of the assembly were selling the application forms.

He said the assembly had just inaugurated a 17-member allocation committee to oversee the allocation of the race course market to the displaced traders.

The acting Mayor said the committee had not yet met and would therefore not be able to sell application forms to any trader. He said there is the tendency for some "certain fringe elements to exploit the present unfortunate circumstances" at the market and advised the traders to deal with members of the allocation committee only. According to him, names of all affected traders have been received by the assembly from the leaders of the relevant traders associations for allocation.

Mr Boafo observed that the assembly was aware of the frustrations and difficulties of the displaced traders as a result of their trading activities, which had been halted, adding, "its work will not be influenced by effusions and emotional outburst of traders anger". He said access roads to the market have been improved with laterite and two new bridges constructed to open the place up.

Mr Boafo said all abandoned structures and kiosks which had been turned into residence by criminals, had been demolished and 45 pieces of good quality high-pressure sodium lamps placed at vantage points to improve lightening situation at the market while sites had also been allocated to provide sanitary facilities at the market.

The Regional Minister said the assembly had earmarked an initial amount of 500 million cedis for the decongestion and redevelopment of the race course market.