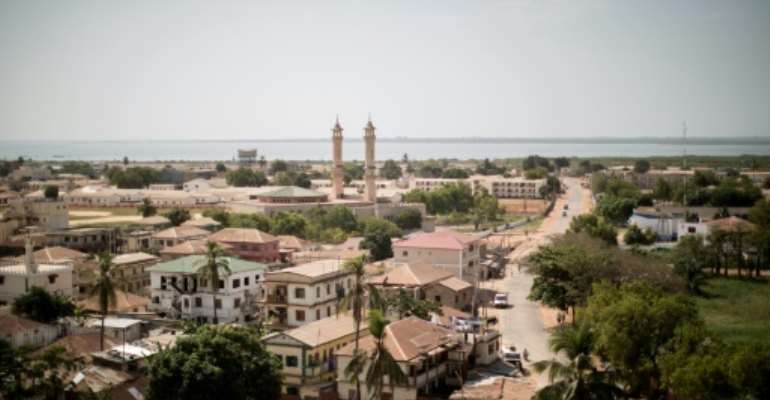 General view of the capital of Gambia, Banjul. By Marco Longari (AFP/File)

Banjul (Gambia) (AFP) - Another private Gambian radio station, the popular Paradise FM, was shut down late Sunday by authorities, media sources said, making it the fourth radio station to be ordered off air so far this month.

They claimed to be acting on orders from the ministry of information but did not provide any official documents or give a reason for the closure.

Several hours prior, the station had spoken at length to an opposition spokesman, Halifa Sallah, as well as to a ruling party spokesman, Yankuba Colley.

Gambia has been plunged into a political crisis after the country's long-serving President Yahya Jammeh, who has ruled the small west African country with an iron fist since taking power in a bloodless coup in 1994, lost December's presidential election.

Despite a chorus of international criticism, Jammeh rejected the results, saying he would not cede power to opponent Adama Barrow and filing a court challenge. The case is due to be heard on January 10.

Three other radio stations have been ordered off air in similar circumstances so far in January, with only one of them -- Afri Radio -- later allowed to continue broadcasts on the condition it plays only music.

Jammeh is regularly accused of rights abuses and repression of the media.

The Gambia ranked 145 out of 180 countries in Reporters Without Borders' 2016 World Press Freedom Index, pointing to "a climate of terror around anything remotely to do with journalism".