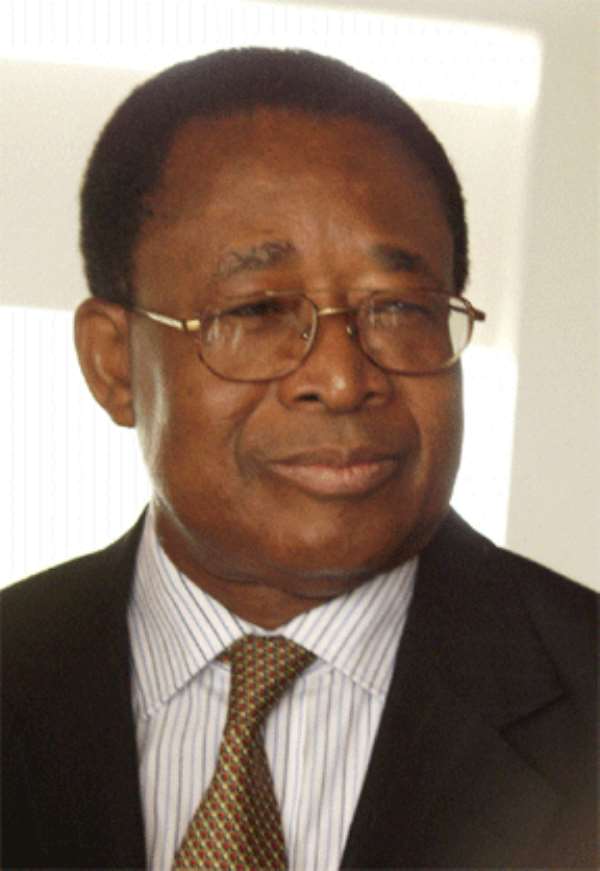 Kumasi, March 30, GNA - Mr Edward Osei-Kwaku, former Minister of Education, Youth and Sports has called on the Ministry to continue with the vision of expansion of sporting facilities in the Kumasi Metropolis. He said the vision, which was initiated in 2001 if allowed to continue, would go a long way to promote sports development not only in the Metropolis but also in the whole country.

Mr Osei-Kwaku said this on Wednesday at the handing over ceremony of two tennis courts built at the Kumasi Sports stadium at a cost of 300 million cedis.

The former Minister who was also the Member of Parliament (MP) for Asokwa West initiated the facility.

Consar, a construction firm based in Kumasi is executing the project.

Mr S.O. Afram, the Project Consultant said that the first phase of the project involves construction of seating capacities with canopies, fixing of floodlights and paintings and was hopeful that the practicing courts would be completed soon.

He said that the next stage of works would involve the provision of standard international playing courts for tennis, basketball and volleyball games, refreshment centre, dressing rooms, construction of double wing stands to accommodate about 400 spectators.

The Project Consultant said the increases of price of building materials was likely to increase the initial budget and urged the Ministry to make provisions in the CAN 2008 budget to get the project completed on time.

Mr Anthony K. Adusei, the acting Ashanti Regional Sports Development Officer called on sports men and women to take advantage of the facility to diversify sports development in the region.

Mr Osei Poku, a director at the Regional Co-ordinating Council who represented the Ashanti Regional Minister, Mr Sampson Kwaku Boafo said he was hopeful that all stakeholders would help to ensure the success of the project.