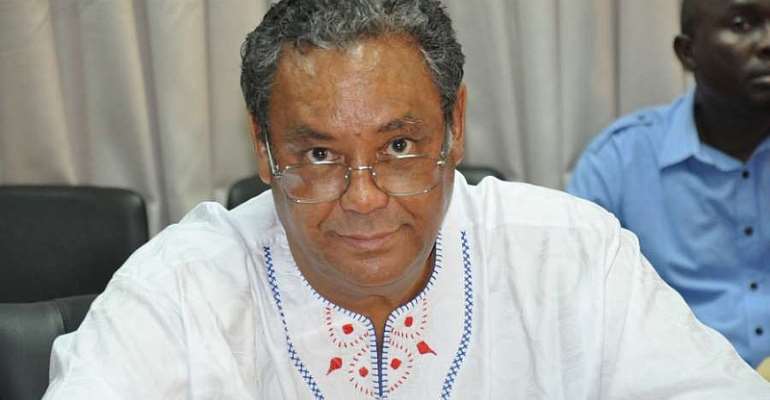 Apparently, the late President Mills elbowed his way through stiff resistance on his decision to hand pick John Dramani Mahama as his running mate for the 2008 general election.

Nevertheless, the unwearied Mills defied the fierce opposition, stood by his then running mate John Dramani Mahama, worked synergistically and emerged victorious in the 2008 general election.

Subsequent to his victory in the 2008 general election, the late President Mills prudently continued with the excellent economic foundation laid by former President Kufuor and his NPP government until his sudden and mysterious death in July 2012.

Per Ghana’s 1992 Constitution, Vice President Mahama was the next in line to take over the presidency following the untimely death of President Mills.

Apparently, contending schools of thought argued that President Mahama was never prepared for the presidency.

Even though President Mahama somehow claimed that it was God who put him in charge of the presidency, I do not want to buy such a specious pronouncement, because God is not wicked to take away a more competent Mills away and only to replace him with unprepared Mahama.

President Mahama had this to say on his tribute to the late Mills: “I believe I am the luckiest Vice President in the world to have had a President like him. He gave me the space to operate and gave me every responsibility. He made me Chairman of the Police Council, Chairman of [the] Armed Forces Council, Chairman of the Economic Management Team, everything [sic]… and he said, ‘John I trust you can do it.’ He reposed absolute trust in me. Anytime there was tribulation and I felt troubled, I went to him. He calmed me down and said ‘John I trust you, I like the work you are doing, carry on’.”

Despite President Mahama’s optimism, other people such as the late Jake Obetsebi Lamptey were pessimistic over his ability to steer the nation to the right direction.

“Ghanaians are not expecting anything new from President John Mahama in the last few months of the NDC. He (Mahama) represents no real hope for the youth of this country in addressing things that matter to them most: education, skills, jobs and accommodation. He has no new ideas for the struggling business men and women of Ghana. He gives the country anxiety rather than hope on the big issue of responsible management of public resources” (Jake Obetsebi Lamptey, 2012).

How wonderful. The late Jake Obetsebi Lamptey was indeed a soothsayer. For his predictions actually came to pass. Mahama could not improve upon Ghana’s economic fortunes.

In spite of their abysmal performance, President Mahama and his NDC strident apparatchiks slyly resorted to disinformation metastasising, or to put it euphemistically, systematic propagation of propagandistic materials.

Consequently, the erudite Dr Bawumiah warned the government: “The lesson from history for governments is that you cannot manage the economy with propaganda. In fact, you can engage in all the propaganda you want but if the macroeconomic fundamentals are weak, the exchange rate will expose you.”

Strangely, however, during the 2012 electioneering campaign, President Mahama and his NDC apparatchiks went haywire in their desperation to cling on to power. Thus they broke all conventions. Many government departments spent over and above their allocated budgets.

President Mahama nonetheless clung on to power following the controversial election on 7th December 2012. The general belief back then was that President Mahama bought votes with the tax payers money.

As a matter of fact, the previously single digit inflation and budget deficit doubled astronomically. The GH9.5 billion debt which former President Kufuor and his NPP government left in 2009 rocketed artificially to unpronounceable figures. Our total debt has since ballooned to GH112.4 billion as of November 2016.

Sadly, Ghana’s economic growth slowed for the fourth consecutive year to an estimated 3.4% in 2015 from 4% in 2014 as energy rationing, high inflation, and ongoing fiscal consolidation weighed on economic activity (World Bank, 2016).

Back then, the late Jake Obetsebi Lamptey lamented: “Ghanaians are worried because the economy is being handled in a manner reminiscent of the NDC’s mishandling of the economy in 2000. We do not need to return to HIPC status.”

Let us face it, though, President Mahama did not do enough to improve on the socio-economic standards of living. Take, for example, former President Kufuor quadrupled Ghana’s GDP to a staggering GH28 billion in 2008. While the late Mills inherited oil in commercial quantities and managed to increase the GDP to GH47 billion in 2011.

Disappointingly, however, President Mahama has since reversed the GDP to an incredible GH39 billion as of December 2016.

Besides, President Mills left an agricultural growth of around 7.4 per cent in 2012, while President Mahama reversed it to around 2.5 per cent as of October 2016.

President Mahama also wiped out the late mills “unprecedented” single digit inflation and substituted it with double digits (15.8 as of October 2016).

Dear late Jack Obetsebi-Lamptey, ‘here is your stone’, for your forecasts have come to pass. Indeed, President Mahama and his NDC government have fecklessly collapsed the previously booming economy.