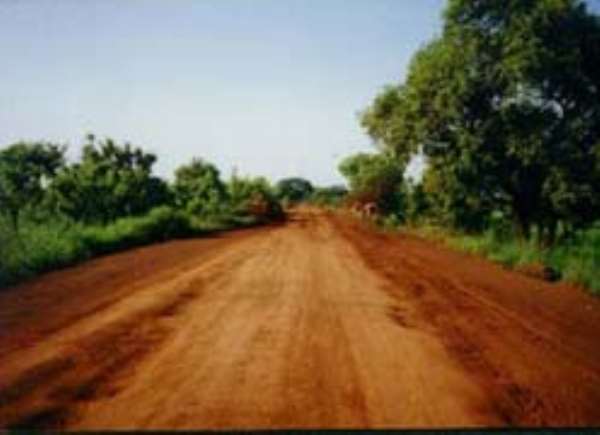 Amoawi (Ash), March 30, GNA - The chiefs and people of Amoawi in the Offinso District have said contractors tarring the 7.5 - kilometre Ayensua - Namong road that runs through the town have done shoddy work. Already sections of the road, completed five months ago, are showing signs of deterioration as the bitumen is peeling off. They are, therefore, suggesting that the contractors be asked to correct the defects on the road. Mr Clement Mensah, the Assembly Member, said at a fund-raising durbar organised by the town in aid of sinking a borehole that leaders of the community had raised their concerns with the Ashanti Regional Engineer of the Department of Feeder Roads (FDR). He said if prompt measures were not taken, the huge amount of money the government had spent on it would go to waste. Mr Mensah spoke of efforts the people were making to raise their living conditions and said through the initiative of Dr Owusu-Achaw Duah, a citizen, and backed by the collective effort of the inhabitants, the people had built a clinic and were working towards solving the acute water problem the town faced.

He said although the town had been connected to pipe-borne water system, no water had flowed through the taps for the past six months. ''Experts are of the view that the pipes are of the wrong diameter and the community will need about 350 million cedis to get the recommended pipes laid.'' Dr Osafo Ampadu, the Regional Engineer of the DFR, said the contractors had not yet handed over the road and that "we will make sure that every noticeable defect is rectified before we take over". Nana Duodu Frimpong, the Chief of Amoawi, said the people were raising 40 million cedis through special development levies towards the borehole. The function yielded six million cedis.