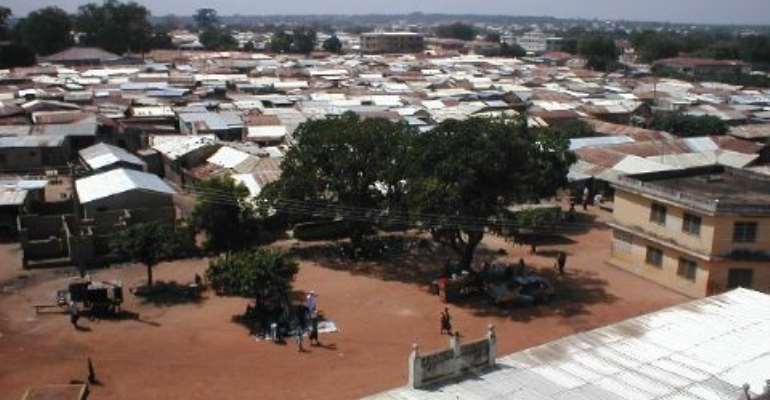 Wa, March 29, GNA - A rainstorm on Sunday afternoon swept through Wa, the Upper West Regional capital, caused extensive damage to property and rendered several families homeless. The storm, described by residents as the severest in recent memory, destroyed over 100 houses and shops and ripped off the roofs of several schools, the Fountain Gate Chapel and brought down the Deeper Life Church.
The worst affected schools were, Anglican Primary, Tendamba Primary and Junior Secondary, Methodist Primary, Hurriah English/Arabic Primary and Kabanye English/Arabic Junior Secondary.
It also left in its trail broken low and high tension electricity poles and mangled electricity cables that led to the disruption of power supply to the town.
Most of the victims passed the night with friends and relatives and those of them who had no funds to immediately rehabilitate their buildings combed the town in search of accommodation on Monday. Mr Ahmed Abudulai Kassim, a retired employee of the Ghana Cotton Company, had the roof of his six-room building ripped off, with only the wooden ceiling giving him and his family shelter.
When Mr Ambrose Dery, the Regional Minister, went round to see the extent of damage and console the victims, Mr Kassim who is physically challenged, pleaded with the government to assist them to re-roof their buildings, saying he particularly would be unable to do that with his monthly pension of 300,000 cedis.
The storm carried away the wooden boutique of one Hair Dresser, Miss Mary Mornah. The structure also housed her hair dressing equipment. Mr Dery and his team also saw an 80-year old woman who had been made homeless by the storm and moved by the plight of the lonely old lady, he promised to give her immediate help.
The Regional Minister expressed sorrow at the level of destruction and told the victims that the National Disaster Management Organization had been tasked to assess the damage and give a report and based on that, the Regional Administration would see what it could do to assist them.