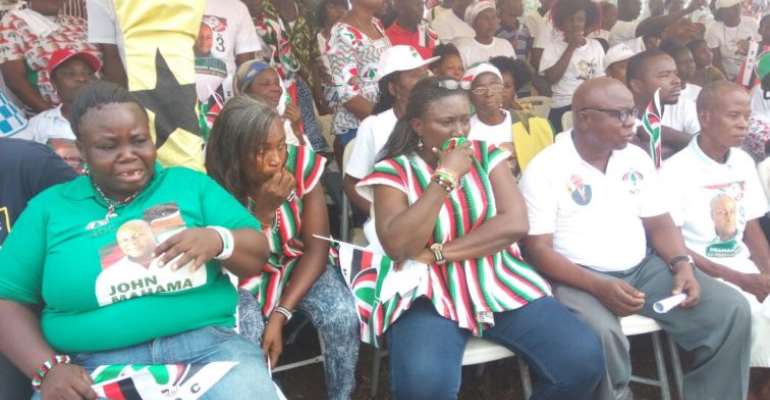 NDC supporters at Somanya in the Eastern region could not hold back their tears Thursday as President John Mahama arrived in the town to cut sod for the university of Environment and Sustainable Development.

The Eastern University was one of President Mahama’s key promises to the people of the Eastern region during the 2012 electioneering.

He said the move was intended to achieve equality since every region, except the Eastern, had a public university.

But the President failed to see to the end of this promise as the NDC lost heavily in the 2016 electioneering.

The project now stands at the mercy of the incoming NPP administration led by Nana Akufo-Addo.

Meanwhile, the National Executive Committee of the NDC have called on members of the party to desist from the public blame game over the party’s defeat in the December 7, polls .

They have, instead, urged members to channel their concerns to the 13-member committee established to probe circumstances surrounding their defeat in the elections.