Let us put the past behind us - Saddique 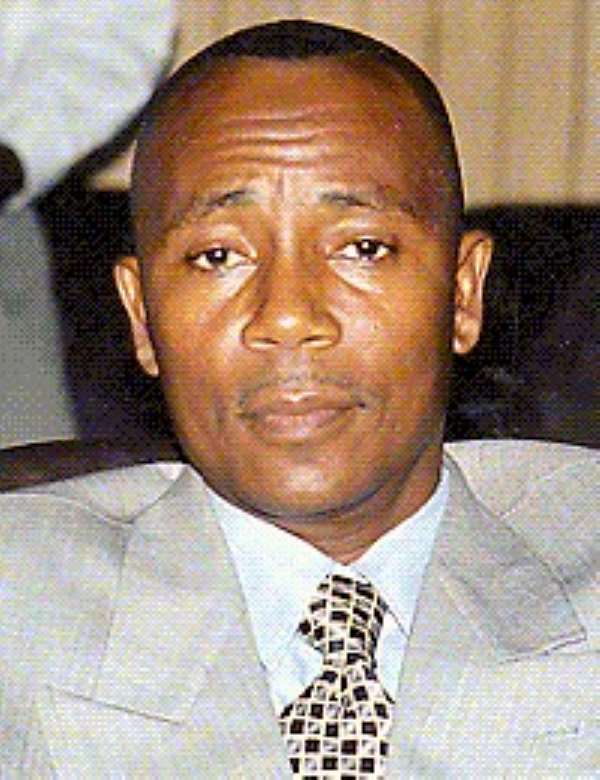 Salaga (NR), March 27, GNA - Alhaji Boniface Abubakar Saddique, Northern Regional Minister on Saturday called on all political aspirants who lost in last December elections to put down their political jerseys and bring their experience to bear on the development of their communities.

He said politics should not remain a tool to divide families and communities, which retards development adding, "Politics is a game, if played according to the rules will well entertain, unite and strengthen us as one people with one destiny".

The Minister was speaking at the 29th Annual National Congress of the Gonjaland Youth Association (GLYA) at Salaga.

The congress, which brought together citizens of Gonjaland resident all over the country and beyond, to review their past performance and to see how best they could contribute their quota to the development of the area.

The congress was on the theme: "Politics and Gonjaland - the role of the youth".

The Minister said: "The Presidential and Parliamentary elections are over. We are no longer contestants or political opponents, all of us should put down our political jerseys and lets us device ways of developing our communities."

He said all politicians who were seeking the mandate of Ghanaians shared the same vision to develop Ghana to ensure that the country was a better place for everybody, including generations unborn to live in and that it would do Ghana good if all got on board for such good will. He blamed some of the educated people from the north for being part of the conflicts there and pleaded that they should use their experience to seek the welfare of the people rather than constantly indulging in acts that would not benefit the north.

He thanked the people of Salaga for retaining him as the MP for the area and the President for appointing him as the Northern Regional Minister and gave the assurance that he would serve to the best of his ability to justify the confidence reposed in him.

Alhaji Saddique said he needed the support of the people in the region to be able to work saying, "The President did not appoint me as an NPP Minister but as Northern Regional Minister and I will never discriminate against anybody. I am there for every son of the region".

He charged the youth of Gonjaland to collectively fight and conquer poverty, illiteracy and the guinea worm disease as well as the HIV/AIDS from the communities to ensure healthy lives.

He advised the gathering to register for the National Health Insurance, which he said was to replace the Cash and Carry system to ensure that their health problems were improved.

Mr Ahmed Ewurah, National President of the Association catalogued the achievements and successes of the association over the past years and called for closer collaboration between members to sustain the Association.

He appealed for a teacher training college to be built in Gonjaland to train more teachers to enhance teaching and learning.

Mr Ewurah appealed to the government to improve the road networks in Gonjaland particularly Tamale Salaga and the Damongo-Fufulso roads to boost business activities in the region.

Prizes were presented to personalities who distinguished themselves citizens of Gonjaland and students who excelled during last year's BECE examinations were awarded.

Demonstrate diligence and honesty in your work – Outgoing KM...
53 minutes ago