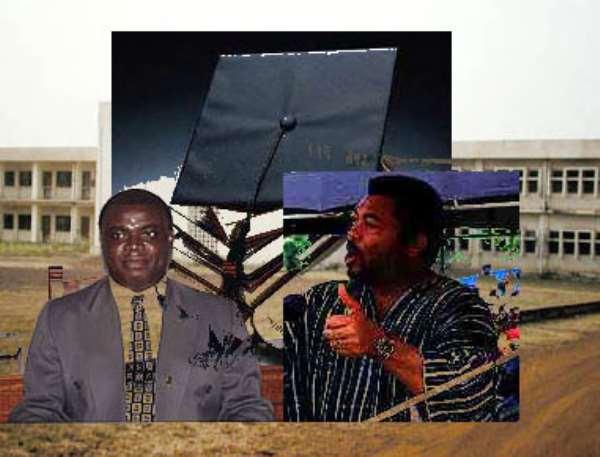 Members of the UDS branch of the University Teachers Association have dissociated themselves from misgivings allegedly expressed by sections of their colleagues on awarding a doctorate degree to former president Rawlings.

The Council Chairman Daniel Gyimah last week said that the event to honour the former president was cancelled to due to pressure by sections of students and some lecturers.

Mr. Gyimah called off the award ceremony which would have also honoured founding chairman of the University, Prof Raymond Bennie.

The students representive council of the University has also distance itself from Mr. Gyimah's comments asking him to come clear of the allegations.

The lecturers action is the latest withdrawal after the government and security agencies denied advising him that the ceremony was a security threat.

After several days of media hunting, the UDS council chairman finally surfaced with the details to cancel the event.

He told the media that it was due a petition he received from 432 students who were against the citation that accompanied the honorary degree to be conferred on Mr Rawlings.

Mr. Gyimah stated that some lecturers have approached him expressing misgivings about the award and hence the decision.

But the statement jointly signed by the UDS UTAG president G.S.K Grobe and secretary Thomas Adongo said the initial explanation given by the chairman and the current reason are contradictory.

The UDS lecturers say even if any lecturer had approached the chairman to express any misgivings about the ceremony it did not represent the views of any recognized body in the university.

The lecturers say the Chairman's action has caused them and the University great embarrassment.

They say their confidence in him has completely waned.

Politicians Urged To Stay Clear Of UDS A group called the Concerned Students Union of UDS, Nyankpala Campus is unhappy at what it says is the continuous politicization of the botched ceremony to confer an honorary Doctorate Degree on former President Rawlings.

The group has accused the Nyankpala Campus SRC of allowing itself to be manipulated by the leadership of a particular political party to the detriment of the unity of the student body.

A spokesman for the Group, Barihama Lansah Seidu alleged that the recent press conference by the SRC of the Nyankpala Campus at which it issued an ultimatum was issued to the University Council Chairman was at the instance of a political party.

Although Mr. Seidu fell short of mentioning the said political party, he said information gathered by the group suggests that the recent Press Conference was politically motivated and not of the SRC's own volition.

Lansah Seidu urged all political parties to desist from making capital out of events at the University.

According to him, there are very important challenges confronting the institution that the SRC should be more concerned about instead of what is happening at the moment.

But in a swift response to the allegations leveled against the SRC of the Nyankpala Campus, the President Naporo Abraham questioned the legality of the group.

He also denied being manipulated by any political party.