EDITORIAL: What is Happening to Our Football? 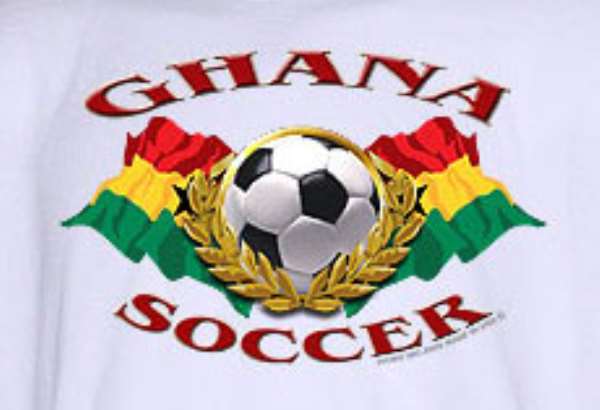 Football has been termed the passion of the nation, as a result of the emotions it stirs, especially when our national teams or even our clubs are engaged in international competitive tournaments.

We have chalked as well, remarkable successes, at least at the continental level. However, when we started making conscious efforts at trying to qualify for the World Cup, disappointments have been what! We however, seem not to have come to the full realization that it takes not just a desire to get to the world stage, but also proper planning.

For some time now, every four years seem to bring some renewed hope and confidence among sporting fans that we would be making it, only to get to a stage where we start praying for misfortunes to befall those of our group members who had made better preparations, and were on the verge of qualifying, so we could qualify by default. Over the years, we have approached this game we call our national passion in an adhoc manner.

We have known for a long time that as far as our international and continental outings are concerned, our local coaches have had brighter days than the foreign ones: yet we would always want to employ foreign coaches. A line up of the foreign coaches we had employed over the last fifteen years would undoubtedly reveal to us that it was not the coaches who were failing us, but rather, those who had gone out to hunt for these coaches, or were they rather hunted by these coaches?

The work of coaches is to not only discover talent, but also mould such talent into a tool that can execute the job at hand. As a nation, we have had too many coaches and too many players in our national team. The attitude has been that, whenever we have had major international assignments, we cast our eyes around, and those players we see immediately as being in top form, get selected. We have, by this attitude, destroyed the careers of many potentially good players, because we failed to retain them and work on their short-comings after inviting them into the national team.

If a player is not recalled to feature in the national team after a match, then those who called such players into the team in the first place lacked vision.

After all, what we need is a national team, and not just players!

In the same manner, when it comes to employing the services of coaches, our first option had been to go out there and look for a white-skinned coach. We have on many occasions even failed to do basic checks on the backgrounds of these coaches, let alone proper due diligence.

In spite of these failures in our approach to football administration, compared to other sporting disciplines, the sport continues to attract the most financial support from our governments over the years. We need to demand of our football administrators, justifications as to why we should continue throwing good money their way.

As if these woes are not enough, the Chairman of the Ghana Football Administration (GFA), Dr. Nyaho Nyaho-Tamakloe, since assuming office, has been at loggerheads with other stakeholders he came to meet. As far as he was concerned, some of these other stakeholders wielded tremendous powers that he thought were unnecessary. Whereas, he may have justifications for his wish, it raises questions such as; why does he not want any powers above him, in the administration of football?

We do not think Dr. Nyaho-Tamakloe was forced to accept the position he is occupying now. He was not strange to football administration, as he had been a club administrator in the past. If he felt uncomfortable about the structures in place, then he should perhaps not have accepted the position in the first place. Today, it appears he even sees as enemies, his own colleagues who are looking beyond today and are advising him for the sake of the sport and the World Cup mission ahead, to step down.

The Ghana League Clubs Association (GHALCA) has threatened to withhold the release of its players to the national team, if the GFA chairman continued in office. We cannot depend on only our foreign-based players and expect the kind of results we are looking out for. We need to assemble our best squad for the mission ahead to bear fruitful results!

The danger of the 2006 World Cup eluding us is real. Can Dr. Nyaho-Tamakloe's resignation bring us any miracle? He has always sounded like a very tough person and this is a time for him to demonstrate his strength by lifting this burden from our shoulders!

We shall know whom to hold responsible if the Black Stars flunked.