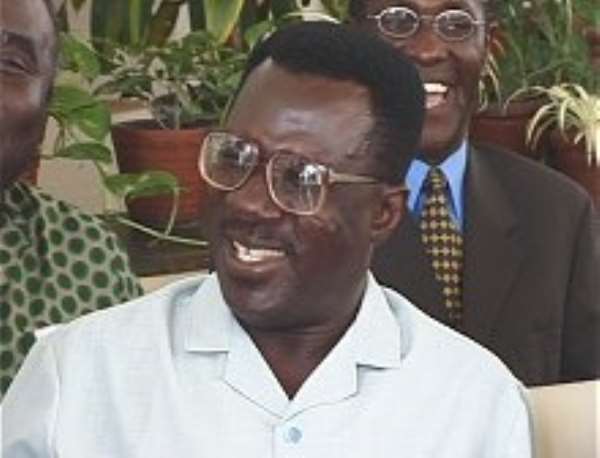 TALKS between the government of Ghana and United Rail of Britain over the rehabilitation and management of the country's railway network is on a two-week hold. The break is to enable the British negotiators confer with their headquarters over financial and other details that have emerged from the discussions. The Minister of Ports and Harbours, Professor Christopher Ameyaw-Akumfi, disclosed this to newsmen yesterday, shortly after disembarking from an Accra-Nsawam coach. He said that “this does not mean the negotiations have come to a halt. The other party only needs to get in touch with its partners outside the country to inform them about what had transpired so far for advice after which they will return to continue from where they left off.” The Minister had joined the 10 am Accra/Nsawam bound coach to see effective the new national service persons who had been posted to take charge of the sale of tickets to passengers are and how the presence of the police on-board the coach has improved revenue generation and safety. Professor Ameyaw-Akumfi said that the government team would ensure that it had the best bargain for the people of Ghana. Meanwhile, he noted that the United Rail delegation was also being careful to get the best but indicated that that did not mean the negotiations were coming to a halt. “In all serious negotiations, these things happen so we need to accept it but we hope it will not stall,” he added. The negotiations formed part of the final stage of the process to get a concessionaire to revive the multi-million dollar railway sector as pledged by the government. The other company, Spoornet of South Africa, which was also selected by the Divestiture Implementation Committee (DIC) to be part of the negotiations, has, however, been disqualified for its inability to renew its bond with the government or respond to correspondence sent to it by the sector ministry. The negotiations are being led on the government side by Professor Ameyaw-Akumfi, while Mr Mathew Burrow is leading the four-man delegation of United Rail. Professor Ameyaw-Akumfi pledged to make the issues arising from the negotiations public whenever necessary, for Ghanaians to know how far it was going. He said United Rail had a lot of expertise in the railway sector and was convinced that should the process be successful, it would be able to rehabilitate and properly manage the GRC. The minister said “the technical proposals of the company that were presented during the bidding process had shown that it was technically competent but we are now analysing the financial proposals.” Professor Ameyaw-Akumfi said the state of the railway sector was not the best and needed to be seriously looked at, hence the invitation of the private investors to assist in revamping it. He said if properly done, the rail sector should be able to carry some freight off the roads as well as improve commuter services. On the state of the coaches and tracks, he said most of the tracks would have to be replaced while some more coaches would be added to the current fleet to meet the growing demand for railway service. He was satisfied with the discipline and safety that the presence of the police personnel had brought to bear on the operations of the GRC and urged them to continue with the good work. Professor Ameyaw-Akumfi was also happy to learn that revenue had increased since the national service people took over the ticketing. He urged the board of the company to ensure that those who would be recruited to do permanent ticketing would be well trained to discharge their duties with diligence. Professor Ameyaw-Akumfi said the GRC operations had deteriorated to an extent that it was unable to raise enough funds to pay itself and expressed the hope that with the improvements in the system, the situation would turn for the better. He vehemently denied reports about him ordering some people to go round to collect money from traders to enable them to keep their kiosk in the GRC yard or sell their wares.
Professor Ameyaw-Akumfi said “I have not directed anybody to do so on my behalf and I urge those being duped to report to the police for those unscrupulous individuals to be arrested”.

If Ghanaians retained Akufo-Addo, we'll also endorse all his...
44 minutes ago

German elections: what to expect
2 hours ago