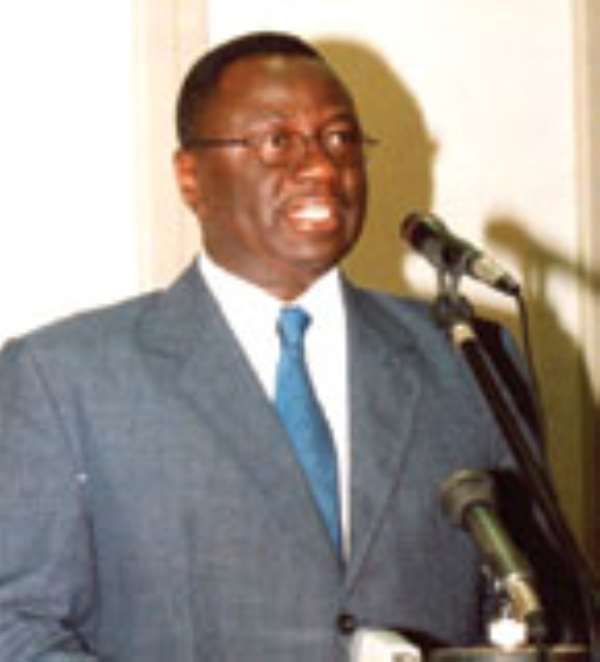 Following the recent embarrassing revelations of examination leakages at the University of Ghana, and the indictment of a number of top officials of the institution in the examination mess, some students of the school have called for the immediate removal of the Vice Chancellor (VC), Pro-Vice Chancellor, the Heads of the Philosophy and Sociology Departments, as well as the Director of Academic Affairs. Virtually, all the students who spoke to this paper on the matter were of the view that given the devastating consequences of the examination scandal on the reputation of the nation's leading university, the only thing that could be done by state authorities to restore the reputation of the institution is to get all those implicated in the matter, immediately removed from office. The students said the recent statement by the VC to the effect that his son, who was found by the Mfodwo Committee, that investigated examination leakages, to have been the one behind the leakages, should be dealt with according to the laws of the university, was a damage repair to his own reputation and not to that of the University. The students interviewed argued that though people may be tempted to argue that the VC could not be blamed for his son's conduct, it must be clear to all such people that the son, Kwadwo Tabiri Asenso-Okyere, alias KT, got the courage and established the necessary contacts to commit the crime as a result of the father's position. They further argued that, even if a different student had been found to have been behind the leakages, with its embarrassing consequences, the VC should still be fired to get the credibility of the institution restored, since, according to them, any such event should be blamed on the incompetence and improper administration of the VC. “If Asenso-Okyere does not resign, then there is no way this university can be taken serious by the international community and in that case, the only thing some of us could do is to look for a credible university education elsewhere,” a third year student, who gave his name as Mensah Charles, said. The anger of most students at the Pro-VC, Prof. Ofori-Sarpong, is apparently greater than that for the VC himself. This stems from the fact that, the Mfodwo Examination Committee which he (Pro-VC) himself commissioned, found him guilty of an examination offence on being found by the committee to have ordered the head of the Sociology Department, to get his daughter's examination script remarked without going through due procedure. “We have totally lost confidence in the Pro-VC and the least said about him the better. We thought he was a man of principle who would have helped maintain the credibility of this University, but look at what he has done. His act is similar to what the VC's son did and if KT is going to be sacked, then the Pro-VC must also be sacked now,” one of the students observed. Other top officials who have incurred the wrath of the students are the Heads of the Philosophy and Sociology Departments, Prof. Akwasi Agyemang and Prof. Clara Fayorsey respectively, as well as the Director of Academic Affairs, Mr. T. Tabi. Prof. Agyemang, according to the Committee's findings, substituted a poor grade with a good one for the VC's son and also awarded the same student an 'A' grade for a Philosophy paper that the student never wrote. The Head of the Philosophy department has however pointed out that the accusations leveled against him were at the instance of a few people, “who have decided to tarnish my reputation by peddling lies against me.” He denied having done anything that amounted to an irregularity, as far as the conduct of examinations at the department was concerned.