Put Ceiling On Number Of Ministers 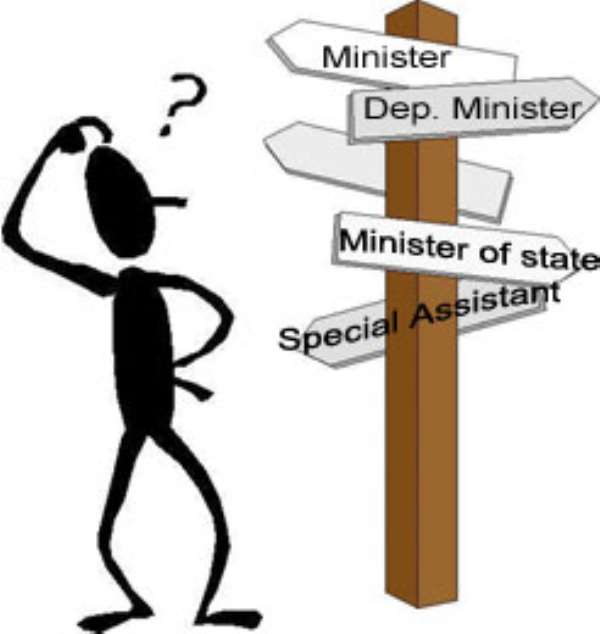 They, therefore, called for the review of Article 78 (2) of the 1992 Constitution that allowed the President to nominate unlimited number of Ministers of State.

Article 78 (2) of the Constitution provides that “the President shall appoint such number of Ministers of State as may be necessary for the efficient running of the state.”

Dr Ebow Bondzi-Sampson, a former Senior Lecturer of the Ghana School of Law, and Mr Haruna Iddrisu, Member of Parliament for Tamale South, both lawyers, were among participants who made the call at the symposium organised by the Ghana Centre for Democratic Development (CDD-Ghana) in Accra on Thursday.

The participants, made up of the academia, civil society groups, non-governmental organisations and the media, also considered the constitutional and other challenges of the appointment and vetting of the Ministers of State.

Dr Bondzi-Sampson noted that the current number of Ministers of State, which stood at 88, was too much.

According to him, apart from regional ministers and their deputies, one each at most, “there should be a ceiling on non-Cabinet ministers and deputies.”

The legal practitioner stressed the need for the ceiling on the appointment of the Ministers of State, saying “it is dangerous to have a limitless organisation since it is open to abuse.”

He added that it was “dangerous” to leave things to the judgement of officers, and noted that a President who was interested in patronage could pack the Executive with too many ministers.

He insisted that if there was a ceiling, any President who exceeded the limit could be subjected to criticism.

For his part, Mr Iddrisu argued that the size of the government affected public purse, saying “it is a cost to the state.”

“The smaller the size, the lesser the amount of money spent on their facilities and privileges,” he said.

The MP for Tamale South noted that President Kufuor, while in opposition, pledged to reduce the size of government, but the President had subsequently described his criticisms of the previous government as misplaced.

According to him, the need to downsize government to make some savings for the state was still necessary.

Mr Iddrisu, therefore, suggested that 65 ministers of state, including their deputies, should be the ceiling for all succeeding regimes in the country.

Touching on the qualification of Ministers of State, Mr Iddrisu said that there was no provision in the Constitution as to what the qualifications of a Minister of State should be other than he or she being a Member of Parliament or being qualified to be an MP.

The Executive Director of the Ghana Centre for Democratic Development (CDD-Ghana), Prof Emmanuel Gyimah-Boadi, has stated that most of the internal procedures and conventions used in the vetting of ministers of state are flawed, as they do not allow for detailed background checks of nominees.

He said that the time between the announcement of the President's nominations and the beginning of the public hearings was “too little to allow for anything but casual investigation.”

Also, he said, the numerous petitions filed by the public against the nominees raised questions about the quality of the background checks conducted on the nominees by the relevant state agencies.

Prof. Gyimah-Boadi stressed that some of the rules, especially “the nominees for ministerial positions sitting and participating in interrogation and approval of their colleagues “are unhelpful to the process and overall exercise of the parliamentary oversight function.”

The Dean of the Faculty of Law of the University of Ghana, Prof. Nii Ashie Kotey, who chaired the function, said that though some people felt that the appointment and vetting process was comical, fiscal and adventurous, it had contributed to the deepening of the country's democratic process.

According to him, there had been an improvement over the previous ones.