Re: Declaration Of Results Of 2016 Presidential Election 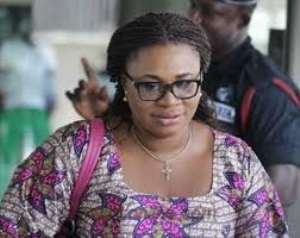 I write on behalf of the New Patriotic Party (NPP).

This letter is written pursuant to an address of the Press by Nana Addo Dankwa Akufo-Addo, the flagbearer of our party in the 2016 presidential election, at his residence in the evening of Thursday, 8th December, 2016.

The NPP’s attention has been drawn to a press conference held at the office of the Electoral Commission by its Head of Communications, Mr. Eric Kofi Dzakpasu on Thursday, 8thDecember, 2016. At that press conference, Mr. Dzakpasu, among others, claimed that the Commission had noticed some cases of over-voting in the results of some constituencies, and that this would be examined before any announcement of results by your goodself.

We are baffled as to how this statement can be made in the light of the relevant provisions of Public Election Regulations, 2016 (C.I 94), which regulates the conduct of public elections in Ghana. In the first place, an incident of over-voting is polling station specific. Secondly, it is inexplicable when this issue of over-voting arose, and who made any such complaint relating to any polling station in the country. Suffice it to say that the results of the presidential election at all polling stations were duly announced by the presiding officers after the Statement of Poll for the office of the President, Form Eight EL 22B (commonly called the ‘Pink Sheet’) had been signed by each candidate or his representative or polling agent and the presiding officer himself.

Indeed no complaint of over-voting whatsoever has come to the attention of either our party, our flagbearer, Nana Addo Dankwa Akufo-Addo, or his agents.

For the avoidance of doubt, we wish to remind the Commission that the primary source for the reckoning of the results of the presidential election is the ‘Pink Sheets’. The result of the presidential election in any constituency, as certified and endorsed by the presiding officer and the agents of the various Parties to the contest, are entered on the ‘Pink Sheet’. Upon the due entry of the figures obtained by each candidate at the polling station unto the ‘Pink Sheet’, the results are then announced to the general public at the polling station in accordance with Regulation 38 (3) of C.I 94. A copy of the Pink Sheet is then given to each candidate or his representative or polling agent, as demanded by law.

It is worthy of note that it is the aggregate of the results on the Pink Sheets that are duly entered unto the Presidential Election-Results Collation Form, Form One EL 23B, and filled at the Constituency Collation Centre by the returning officer for each constituency. At this stage, also, in accordance with the decision of the Supreme Court in the case of Kwasi Nyame-Tease Eshun vrs The Electoral Commission & The Attorney-General, which made relevant amendment to C.I 94, the collation agent of each candidate is to be given a copy of the Presidential Elections-Result Collation Form (Form EL 23B). The provisional result of the presidential election in each of the 275 constituencies are by law no secret and are therefore expected to be known to each contesting candidate.

In view of your status as the returning officer for the presidential election, the signed constituency collation sheets are forwarded to you, based on which you declare the winner of presidential election after summing up the votes obtained by each candidate as set out in the Collation Forms from the 275 constituencies into which Ghana is presently divided.

It is correct to say, therefore, that having regard to the provision of both Pink Sheets and Collation Forms to the contesting candidates, a candidate in a presidential election is in the position to ascertain the state of the contest, even if provisionally, i.e the fundamental question as to who is in the lead at every material stage of the contest. The NPP, upon obtaining from its polling agents the ‘Pink Sheets’ at each polling station, has with a degree of mathematical accuracy, ascertained that based on the results from twenty-eight thousand one hundred and eighty-two (28,182) (96.29%) polling stations, Candidate Nana Ado Dankwa Akufo-Addo is in an unassailable lead with 5,531,457 (53.52%) of valid votes cast, in contrast to the tally of his main opponent, John Dramani Mahama, of 4,617,208 (44.67%). This computation, with respect, is not illegal; neither does it in any way undermine, stultify or subvert your acknowledged constitutional mandate of declaring the result of the presidential election. The ‘Pink Sheets’ are matters of public record since they are published at every polling station.

We have also noted your communication to the public in the late afternoon of Thursday, 8thDecember, 2016, of the reasons for the delay in declaring the results of the 2016 presidential election and the steps and procedures by which you intend to declare the final result. We have noted, in particular, your emphasis on the need for transparency and active participation of the candidates or their agents in the processes leading to the final declaration of the results of the presidential election. We expect, as all citizens of Ghana do, that you would abide unequivocally to the time-honoured commitment to transparency and inclusiveness in the due discharge of your constitutional mandate.

At that very press conference, you rightly and explicitly stated that the Electoral Commission cannot change the polling station results because they have already been declared at the polling station. It is our view that this statement reinforces the preceding argument in this letter.

Be assured, Madam Chairperson, that the people of Ghana expect nothing short of a declaration of the presidential election results which reflect the will of the people.