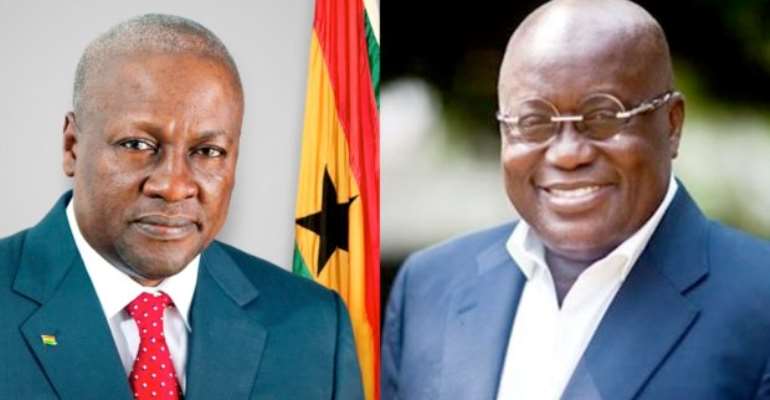 I have been tracking and chasing the storm that picked up from Nigeria last year ( 29 May 2015) and curved its way deep into the Gambia on Friday December 2 and now winding up in Ghana (formerly the Gold Coast) today. Chasing a storm isn’t a cool thing to do. There’s risk in doing that you could be killed. Thus, precaution has to be taken. And great circumspection has to be observed too.

But I was struck by something as I jockeyed to and fro (across country and backcountry). I observed that the people in these countries had been longing (hungry and thirsty) for change. They had been expecting a monstrous storm to happen. The one that could sweep what they considered the ‘stubborn nuts’ to the shoreline. First to happen was the 'Buhari Storm'.

The ‘Buhari ‘Storm
In Nigeria it was named ‘Buhari’. With the terrific speed of 117 mph it surged northward to pummel the administrative capital city of Abuja. From the city centre it turned left heading right towards the government ministries. The weight of the storm was felt in Lagos, Ibadan, Abeokuta, Maiduguri and it hit hard the seat of government Asor Rock downing the incumbent Goodluck Jonathan.

Goodluck tried hard to duck, yet luck evaded him. By dawn the following day after voting Buhari had done his job. The fatalities vary---governors, mayors, chief executives and legislators of Goodluck’s administration suffered.

That defeat marked the first time in Nigeria’s history that an incumbent President was defeated in an election by the leader of the opposition. And over a year later another storm would take many by surprise.

The Barrow storm
If hurricane Buhari didn’t make you sneeze how about this one—the ‘Barrow’ storm that decapitated president Yahiya Jammeh’s 22-year rule in the tiny country. Gambians were expecting it. Yet the palpable fear existed among the citizenry. But it was a matter of time. And the time didn’t linger when Barrow bared his sharp teeth... It showed up with a dramatic speed—travelling 120mph.

Banjul was pummeled. Jammeh was shocked. He was rocked by his own storm. He resisted prior to the advent of the storm, he persisted to clinch to power. He was downing power lines and cutting internet services to the people.

However the storm he created was too powerful for him to fight. In the end Barrow punched Jammeh so hard in the nose wheel-barrowed and dumped Jammeh at the dumpster. However Jammeh did something unique during his concession phone call:

Superstorm Addo in wait
Accra woke up on Wednesday morning sneezing as though she’d caught a powerful flu. Kumasi (The Garden City) Ghana’s second biggest city, the Oil City Takoradi in the Western Region, Port City Tema in the Greater Accra Region, Cape Coast (former capital of the Gold Coast) in the Central Region and other major cities had all started coughing.

In the Savanna enclave—in the three northern regions the feeling was much the same.

Why?
The reason is the Addo storm. If he wins it would mark the end of the Johns. He will also be the oldest at age 72, Ghana has ever elected since independence in 1957. It is his third shot at the presidency. Like the other storms Addo paced its speed at sundown by 124 mph—downing NDC bigwigs. It has compelled one of the 2016 presidential candidates to make early concession tweet.

And it appears the dose handed to our neighbours in Nigeria and the Gambia has been repeated in Ghana. Even though the Electoral Commission EC hasn’t declared the final result of the presidential elections, presidential candidate of the People’s National Convention (PNC) Dr. Edward Mahama has congratulated the NPP’s presidential nominee, Nana Akufo Addo.

Dr. Mahama tweeted on Thursday night saying: “I will like to congratulate Nana Akufo Addo of the NPP for winning the 2016 general elections based on my projections.”

He also called on the other contestants to do same. “I call on my other contenders to do same especially the sitting president to concede gracefully. This is a victory for all Ghana,” he said.

Her daughter Dr. Ezanator Rawlings who ran on the ticket of the ruling party the NDC has won the Klottey Korle Constituency parliamentary seat.

So can superstorm Addo outdo the incumbent Mahama?
According to the National Campaign Manager of the NPP, Mr. Peter Mac Manu “the party’s parallel counting of results from polling station’s pink sheets show that Nana Akufo Addo has amassed 54% out of 80% of the votes counted so far.”

Counting is still underway. And voters in the Jaman North Constituency in the Brong Ahafo region will vote tomorrow Thursday due to delays and irregularities.

The election has been hailed as one of the smoothest, most peaceful, free and fair with few reports of delays, intimidations and voting irregularities. It is believed the increased number of polling stations reduced pressure in most constituencies as compared to 2012.

Indeed, Ghana will be the winner after the dust is settled, thus when the EC finally declares the result. Let’s remember to celebrate in moderation, let’s not taunt anyone, let’s continue to build Ghana together. The country is for everybody, everyone has a stake in Ghana.