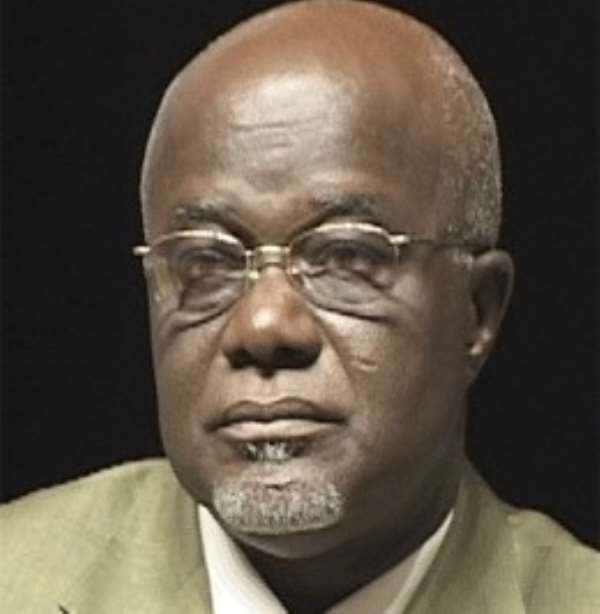 AN Accra Fast Track High Court has awarded damages of ¢1.5 billion against the Ghana Palaver newspaper for defaming Mr Hackman Owusu-Agyeman, the Minister of Works and Housing and Member of Parliament (MP) for New Juaben. The court, presided over by Mr Justice G. A. Aryeetey, also awarded costs of ¢20 million against the newspaper and Ekow Essuman, a reporter of the newspaper, and restrained them, their agents or representatives from printing or publishing any defamatory material about Mr Owusu-Agyeman. The defendants caused to be published in the November 10-11, 2004, issue of the Ghana Palaver a story to the effect that “Honourable Hackman Owusu-Agyeman, MP, Minister of Interior, diverted his share of the MPs Common Fund into his personal account and used it to sponsor his personal NGO, the Hackman Foundation”. In the story, the paper said among others that Mr Owusu-Agyeman, in connivance with the IGP, Nana Owusu-Nsiah, and an unnamed top government official, extorted money “by proxy” from the Ghanaian contingents to the UN Peacekeeping Mission in Kosovo through the payment of 500 Euros from the pay cheques of officers whose duty tour was extended. Mr Owusu-Agyeman filed a writ at the court on November 19, 2004, claiming ¢1.5 billion in general damages for libel and a perpetual injunction to restrain the defendants from printing or publishing any defamatory materials about him. The defendants, through their lawyers, entered appearance on December 8, 2004, but failed to take any further action on the issue and the court entered an interlocutory judgement in favour of the plaintiff and adjourned the matter for the assessment of damages. When the case was called, the defendants conceded to the judgement by saying that they would not contest the matter but the quantum of damages being demanded by plaintiff. In assessing damages, the plaintiff gave evidence to the effect that he was a well-known political figure in Ghana, having once been a Minister of Foreign Affairs, Minister of the Interior and now Minister of Works and Housing, while, on the international front, he had worked with the UN for 20 years, rising to the position of Chief of Bureau of Africa with the FAO. The defamatory publication, he argued, made several of his friends in the international community and relatives to call him to find out, and added that because it came about one month to last December's general election, he had to do a lot of repair work as a parliamentary candidate for his area. It was the view of the court that “a statement was defamatory of a person of whom it was published if it tended to lower him in the estimation of right-thinking members of society generally or if it exposes him to public hatred, contempt or ridicule or if it causes him to be shunned or avoided”. “On the totality of the evidence on record, the court finds that the publication about the plaintiff by the defendants, indeed, all the three allegations, were false and fall squarely within the defamatory charge of fraudulent, dishonest or dishonourable conduct or calling plaintiff a villain, swindler, rogue or rascal,” the court held. “ There is no doubt that the plaintiff has been exposed to public ridicule, hatred and contempt. Indeed, he has been portrayed by the defendants as a thief, a crook, dishonest, deceitful and a cheat who siphons state money for his personal use. The falsity of these allegations has been conceded by the defendants quite easily, hence counsel for defendants headed his address 'Address and plea for mitigation,” it said.
According to the court, even though the defendants conceded that the publication about the plaintiff was false and constituted defamation, to date they had not rendered any form of apology to him to mitigate the damages for which they were liable.
In assessing damages in cases of defamation, the court said it took into consideration the extent of the publication and its effects on the plaintiff's reputation, the occasion of the publication and so on.
It said there was no dispute that the defendants' publication went far and wide, especially in this age when telephone, information technology and Internet services were commonplace and that the publication received extensive coverage.