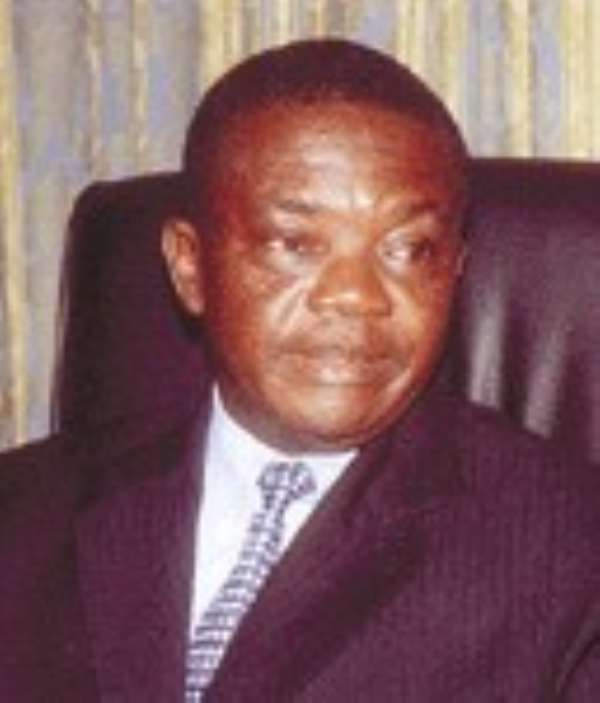 NEW TWIST TO KWESI PRATT TAX SAGA Critical commentators known to attract Dua-Agyeman's ire Contrary to media reports that Mr. Kwesi Pratt's Militant Publications Limited and his personal tax liability to the state tax agency, Internal Revenue Service, was ¢75 million, the Service's own assessment communicated to The Insight office yesterday afternoon, estimate the publishers' total liability, that include provisional estimates of ¢17,390,100 for 2004, and ¢5,869,159 provisional estimates for the first quarter of 2005, as ¢38,913,415! A letter dated 4th March, 2005, addressed to the External Auditors of Militant Publications Limited (Weekly Insight) Ofori Quartey & Co., Chartered Accountants from Ms. Elizabeth Hil, Chief Inspector of Taxes of the Accra District '2' Nima, had as its introduction, 'Thank you for the accounts submitted in respect of your above-named client for years mentioned above (i.e. years ended December 31, 1999, 2000, 2001 and 2002). The Chief Inspector of Taxes, had requested the Auditors, to provide some 'additional information to enable me finalise the assessment for the year 2002.' The tax liabilities of the Publishers had been summarized as follows: 2003-2004 Company Tax ¢29,307,460 2005 (1/4) Company Tax ¢ 5,869,159 1993-2005 Other Taxes ¢ 3,736,796 Total Liability ¢38,913,415 The details of 'Other Taxes' have been given as Audit Fees, Accountancy Fees, Advert Tax, Total Registration Fees, and National Reconstruction Levy. The letter, copied to the Managing Director, Militant Publications Ltd, had stated the total liability of the company in the words, 'Please advise your client to settle the above total liability of ¢38,913,415 within fifteen days from the date of this letter.' The Auditor-General was reported by the Daily Graphic of yesterday to have given company income tax liability of the publishers as, '¢52,766,819, Kwesi Pratt (personal tax), ¢19,302,450' and others which had been captured in the computations of the Chief Inspector of Taxes' assessment notice to the publishers. Article 187(5) of the 1992 Constitution requires The Auditor-General, to 'within six months after the end of the immediately preceding financial year to which each of the accounts mentioned in clause (2)' i.e public accounts of Ghana, 'submit his report to Parliament'. Some observers are wondering if Mr. Dua-Agyeman has been fulfilling this constitutional obligation, as he had made it his business to consistently pursue individual critics of government. Meanwhile, some observers see the conduct of the Auditor-General in the matter of Kwesi Pratt Jnr., as being consistent with his track record over the past few years. His predecessor, Dr. Osei Tutu Prempeh, the Minority Leader, Mr. Alban Bagbin, Alhaji Mohammed Mumuni, Running mate of the National Democratic Congress' presidential candidate in the last elections, and the Electoral Commissioner, Dr. K. Afari-Gyan had all been cited by him, on some impropriety allegations, after they had been critical of government! One recalls that after Dr. Afari-Gyan had resisted government attempts at setting up a Procurement Committee for the Commission, prior to the December 2004 elections, the Auditor-General came up with some findings suggesting he had not been able to account for some monies the EC had been given to undertake some continental assignment. The former Auditor-General, Dr. Prempeh had also been cited for misappropriating some United Nations Peace-Keeping funds, an allegation that the world body subsequently investigated and found to be baseless. Mr. Bagbin was cited to have benefited from his directorship of the Ghana Ports and Harbours Authority (GPHA), after he had taken the President to the Commission for Human Rights and Administrative Justice (CHRAJ), over some additional works done on the President's residence.

My mother is not dead — Farouk Mahama
3 hours ago