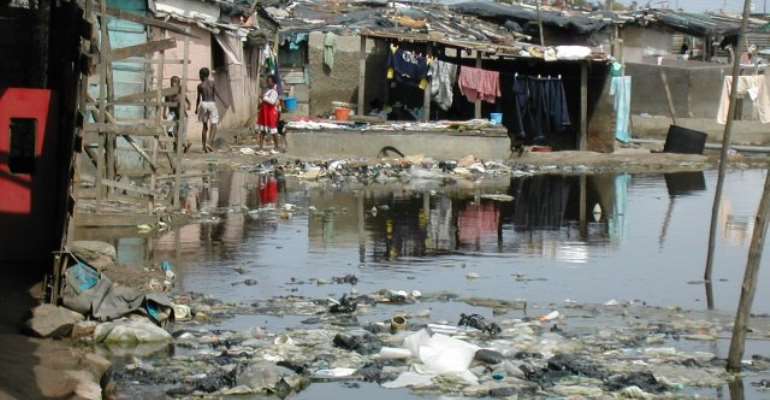 Residents of Sodom and Gomorrah, arguably Accra's biggest slum, report of worrying developments that have the tendency of escalating the Abudu and Andani misunderstanding if not quickly.

Very reliable information reaching our news desk suggests that, groups of disgruntled youth from both sides on the Abudu/Andani divide are piling up arms and ammunitions to go to the aid of their kinsmen in case of any future eventuality.

The situation has apparently been like that ever since the overlord of Dagbon was murdered.

Incidentally, as tension mounted among the Abudu and Andani in Yendi last Saturday, the Abudu and Andani in Sodom and Gomorrah clashed last Wednesday over the same issue of burial and funeral of the late Ya Na, during which pockets of ammunitions were allegedly distributed to a group of Abudu boys with the Andani vowing to revenge any attack on them.

According to eyewitness, on the said day, some members of the Abudu family were seen beating war drums and singing victory songs that sometimes taunted the Andani family.

Two people from both sides of the divide received cutlass wounds in the confusion that subsequently ensued.

The situation is said to so tense that, some residents who were identified are said to have begun leaving the area.

An opinion leader, Maligu Na Lilu confirmed that some of the youth in the area possess firearms.

He disclosed that there have been used in violence between members of the two gates.

He lamented that most of the Dagombas who either left Dagbon to settle in Accra because of the same chieftaincy problems or for economic reasons, seems to have forgotten their ambition and are rather engaging in acts that create tension in the area.