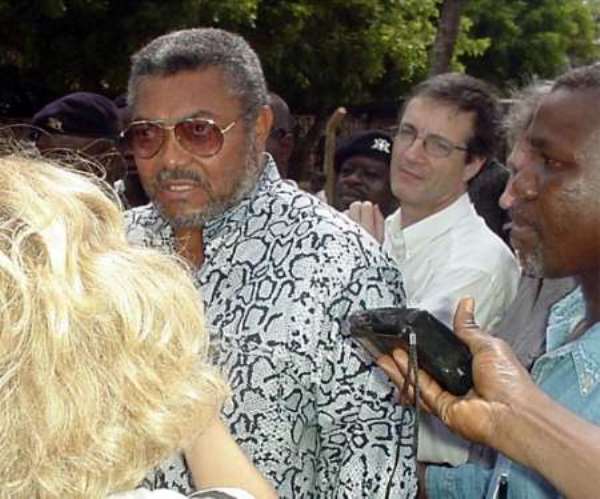 Emmanuel Victor Smith, special assistant to former President Jerry John Rawlings, has a admitted that, indeed, the former president held a private meeting at this residence, thus confirming a Daily Guide lead story of yesterday that he heaped insults on his one-time vice president, Prof. John Evans Atta Mills, during the encounter with former cadres of the defunct Committee for the Defence of the Revolution (CDR).

According to Mr Smith, even though Mr Rawlings made a few comments about Prof Mills and certain other National Democratic Congress (NDC) king-pins, these were not meant for public consumption, because it was purely a private meeting. Fuming with anger on Otec FM, a Kumasi-based private radio station, Mr Smith threatened a legal action against Daily Guide for putting proceedings of a private meeting into public domain.

Mr Rawlings' aide conceded that though the former president had a meeting with the leadership of the cadres, he did not understand how Daily Guide managed to be informed about the proceedings and subsequently published it.

Mr Smith did not deny the damming conversation, but observed, it was not meant for public consumption.