By William Nana Yaw Beeko, Online Editor, Back From From Marrakech, Morocco
Headlines 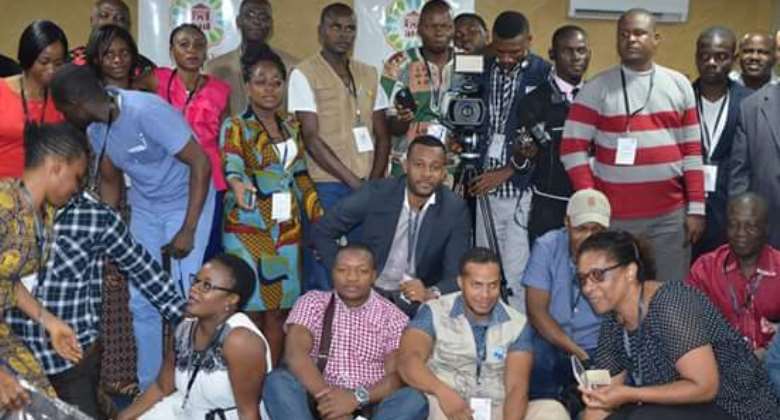 Conference on Climate Change (COP22), held from the 7th to the 18th of November in Marrakech, the African Network of Climate Avant-gardists Journalists (abbreviated in French RAJCA) was born.

This network brings together more than 70 journalists representing 40 countries and the most important media of the African continent.

The objective of this network is to follow up on COP22 and environmental issues in Africa.

This initiative should lead to a better assessment of the decisions taken by Heads of State and Governments present in Marrakech during COP22.

Here are some of the missions of the African Network of Climate Avant-gardists Journalists:

- Commitment to disseminate and promote all relevant information for promises to be fulfilled;

- Production of reports and articles on the ground to raise the problems but also to highlight initiatives that fall within the framework of sustainable development;

- Mobilization of African journalists both present and absent at COP22 to focus more on issues related to climate change such as adaptation, mitigation, food security, water issues…

- Promotion of reflection and exchange on environmental issues.

The African Network of Climate Avant-gardistsJournalists is open to all journalists who wish to contribute for a better dissemination of environmental information. A provisional office has been set up until the general assembly in the first quarter of 2017.

After mutual consultations, the provisional office has been designated as follows:

Secretaries in charge of environmental issues:

Secretary in charge of new technologies: