Destooling Chiefs: Do Ghanaian Presidents Have The Power? 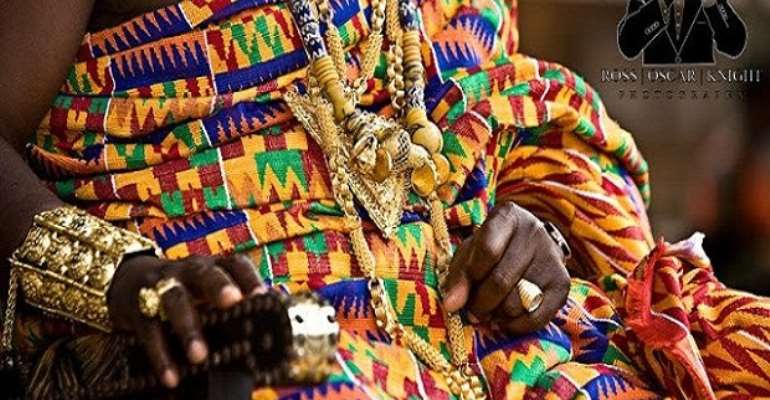 “The Convention People's Party (CPP) government sought to build a Ghana not of tribes…sought to mobilise the youth…and 'verandah boys' to assist the party achieve its purpose…Some chiefs were threatened with being forced to run away and leave their sandals—a form of self-destoolment”.

K.B. Asante: Voice From Afar Daily Graphic- Monday, November 4, 2016. 'PROPAGANDA' originated from the office of the Roman Catholic Church charged with the propagation of the faith (propaganda fidei), and that was a positive definition. Even before this time, Plato, Aristotle and the like had used sophistry to bamboozle the Grecian public. The word 'propaganda' took a negative definition of misleading publicity, distorted information in the 18th century, and obtained its worst interpretation during Hitler's propaganda blitz of the 2nd World War (1939-45). In those heady days when there were few radio and television stations, Adolf Hitler's monopolization of the mass media enabled him to unify the German public behind the Nazi Party. The German populace got consumed by the 'Hypodermic Needle', or the 'Magic Bullet', or the 'Direct Effect' theory and practice of the mass media influence which posits that the mass media has a direct, immediate and powerful influence on its audiences: the people could be mesmerized and hypnotized to accept whatever information was churned out from the government because there existed no means of being otherwise informed.

Nowadays, there is a plethora of sources of news (Radio-FM, Television Networks, mobile phones with Google, Facebook, YouTube, Twitter and the like). Given the wide-range agglomeration of sources of information, propaganda can have a 'boomerang effect' or what is known as 'Brahm's reactance'. This is the unintended consequence of an opposing position instead of the one intended. The NDC have smartly dropped the word 'propaganda' from their political structure: there is no more 'Propaganda Secretary' but rather 'Communications Officer.'

At Suhum, President Mahama sounded ominous when he warned Ghanaians not to vote for Akufo Addo because he (Akufo Addo) would destool any chief who would disagree with him. And Dr. Omane Boamah supported the President: “He will do it…if he has done it as a flagbearer, what shows he cannot do it when he becomes President?

Is it desperation that made the President say this? And is it because of the bones in their cupboard that Omane Boamah justifies and ratifies what the President said? Is it white lie or a black one?

This appears to be “the most unkindest cut of all”. It is the most painful, just as how Mark Antony described the wound given to Caesar by his close friend, Brutus in William Shakespeare's “Julius Caesar”. Do not worry about the grammar in the phrase. At that time, Shakespeare was far above the concerns of grammar and spelling: double superlative: 'the most'; 'unkindest' Now, grammarians may point at the 'ungrammatical' nature of the phrase.

Nana Addo continued: “My ancestry, including my late grandfather, the Okyenhene; Nana Ofori Atta I, and my own mother, who became the queen mother of Kyebi had (royal ancestry and I am expected to have) respect for the institution… President Mahama says when I become President, I am going to drive away Muslims and residents in Zongos… at the launch of the NDC manifesto, all he did was to talk about me.”

Chieftaincy is a cherished institution in Ghana, despite some bashing it has received among the anti-establishment folk. Professor K. A. Busia notes in “Africa in Search of Democracy”. “No one becomes a chief automatically, Kin-right, that is, eligibility because one belongs to a particular lineage, must be reinforced by election by those to whom custom assigns that right… When a chief was selected and initiated into his office, he became at once a judge, a commander-in-chief, a legislator and the executive and administrative head of his community” (that was in the past). But on destoolment, Busia notes: “… there was a careful balance between the central authority of the chief on the one hand and the local autonomy of the component units of the chiefdom on the other. If the chief abused his power, his subordinate chiefs, the members of his council, could destool him.”

When the imperialist British subdued all the territories of the Gold Coast, Queen Victoria and later Edward VII saw to the exile of King Prempeh I, the Asantehene to the Seychelles Island, together with some family members and some chiefs. Later, Yaa Asantewaa who had resisted the Governor's demand for the Golden Stool was also sent into exile. That was about the time the British were fighting the Boer Wars in South Africa. George V was to resist every attempt to get the Asante King back. It was the agitation championed by some of the Asante elite, and the Okyenhene, Nana Ofori Attah I that aided the cries of the Asantehene to be brought back—this time as Kumasi-hene!.

The British policy of 'Indirect Rule' (using traditional institutions to sustain denomination) strengthened chieftaincy, mutatis mutandis, in Ghana. When Dr. Kwame Nkrumah came to power, he tried to whittle down the powers of chiefs threatening to get them to run away, leaving their sandals behind. The military regime of Flt. Lt. Jerry John Rawlings allowed chieftaincy to grow- there was little he could do – and chieftaincy evolved.

Since 1969, all our constitutions have had a unique place for 'chieftaincy' An Article in the 1979 constitution and Article 270 of the 1992 constitution use the exact words: “The institution of chieftaincy, together with its traditional councils as established by customary law and usage is hereby guaranteed.”

In his book “The Law of Chieftaincy in Ghana”, Justice S. A. Brobbey states: “Many constitutional and statutory changes took place during the reigns of various governments in Ghana. The changes affected mainly the definitions of a chief (and) resulted in the current legal position which is that when a person has been customarily nominated, elected, selected and installed as a chief, he does not need recognition of the government before he can claim to be a valid chief. The main reason for this is that the 1992 Constitution, article 277 that defines a chief contains no such proviso on recognition by the government. Decided cases and statutory provisions that made recognition by the government as essential aspect of the definition of a chief are no longer valid.” Chiefs may have to be registered to earn allowances from the government”.

It is becoming clear that with the heat on towards the election many pronouncements may be made by all sections of the political divide. People should be careful not to take us back to the ancient days when propaganda was at its highest. People are now discerning, as it is often said, and everyone is watching to find out those who are serious against those who are jokers in their effusions—to vote 'accordingly'.