Why Do Voters Sell Their Votes? 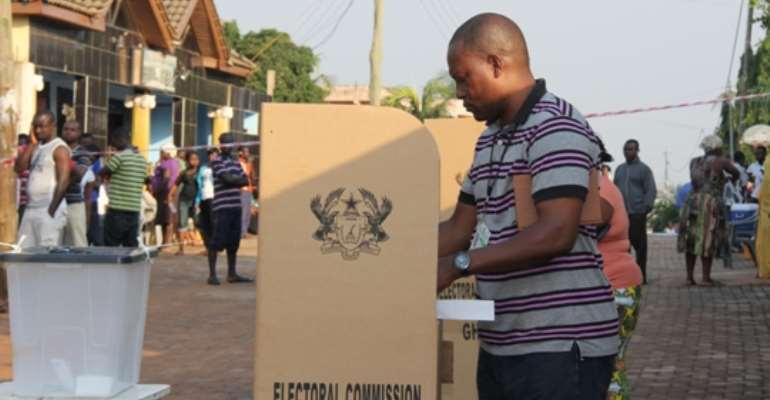 What would a peacock have to show if it loses her striking feathers. She would be like an automobile without fuel. Or like a bike running on a deflated tyre. Its value becomes insignificant the moment it loses its luster and beauty.

One of the critical ways by which individuals can influence governmental decision-making is through voting. It is the fundamental human right of every individual. In 1948, the United Nations General Assembly unanimously adopted the Universal Declaration of Human Rights (UDHR), which recognises the integral role that transparent and open elections play in ensuring the fundamental right to participatory government.

And that the will of the people shall be the basis of the authority of government: This will, shall be expressed in periodic and genuine elections which shall be by universal and equal suffrage and shall be held by secret ballot or by equivalent free voting procedures.

Indeed as a registered voter you’ve the power to influence any election, be it mayoral, legislative or parliamentary and presidential. Not only that but also the voter’s one vote counts immensely and it surely can make a difference in a grand scheme of things.

So, if voters have this right and power to impact on governmental decision making, why do they choose to sell such bona fide or genuine right?

The answer may seem simple but it’s so convoluted. It can be attributed to two major reasons —abject poverty and ignorance. The third but perhaps more troubling cause of this problem is the undue pressure politicians bring to bear on voters before and during elections.

Vote-buying and vote-selling is a common phenomenon in most developing countries. My country of origin Ghana like many African countries where vote-selling and vote-buying is prevalent there have been series of campaigns and educational programmes by National Commission for Civic Education (NCCE) to sensitise the voting public.

The NCCE is a government agency responsible for the education of Ghanaians on civic matters. It was established by Act 452 of the Parliament of Ghana in 1993. And since its establishment it has been working vigorously in the midst of financial and logistic limitations.

However, the problem rather seems to be getting more traction during electioneering season. The reason, politicians like foxes will go anywhere they can hunt for votes. But as this writer notes what has fueled the enigma is perhaps monetisation by politicians. They entice voters with money and other incentives, which range from buckets to pans, cooking utensils and roofing sheets/bags of cement, machetes, foods (rice and edible oils), sardines and mackerels, outboard motors, laptops to working gears like boots and many more.

They target typically deprived communities, slum kingdoms and battleground areas viewed as the hotbed for the trade. Consequently, the seller faced with these goodies time and again forgets about the future and the power he/she possesses. And as money being doled out left and right by politicians it’s often the ones with higher bids that win.

For instance, Accra the capital city which is in the Greater Accra region---- suburban areas such as Sodom and Gomorrah, Nima, Maamobi, Chorkor, Madina, Sakaman, Ayikai Doblo, Ashaiman etc. the trade becomes intense during parliamentary and presidential elections. The situation even wells up in district assembly elections (though less competitive) where voters elect local assembly members known as Assemblymen/women.

Nowadays politicians appear to have widened the scope of operation to include even areas considered their bastion. They will do it in Alavanyo in the Volta Region. And they will do it in Bantama, Kumasi in the Ashanti region regardless. The former is the stronghold of the National Democratic Congress (NDC) and the latter is the New Patriotic Party’s (NPP) fortress.

Apparently they aren’t taking anything for granted. The two major political parties the ruling-NDC and the NPP which is the largest opposition party are the chieftains in this unholy trade.

It used to be like batter trade done behind closed doors but not anymore. At political campaigns and rallies party leaders including presidents are seen engaging in the practice. That suggests how fast and how far we’ve gone with this canker.

In less than a month (22days to go) ahead of the general poll which comes off in December 7-- are images of these items being flaunted at every quarter and gown.

Where is the beauty of the peacock?
The voter has power but he’s been rendered powerless by way of vote-selling.

A few years ago, Researchers asked voters in the Philippines to make a ‘simple unenforceable’ promise not to accept money from politicians or to promise to vote according to their conscience even if they do accept money. The purpose of the study was to test the impact of promises on voters’ behaviour,

It turned out a majority of respondents made promises not to sell their votes. Again, the researchers found out that the promise significantly reduced vote-selling, cutting the number of people who sold their votes by 11 percentage points in the smallest points in the smallest-stakes election, but was not effective in the mayoral election with higher pay-outs.

So the study concluded that simply asking voters to promise not to sell votes can help reduce vote-selling in elections where vote-buying payments are typically small.

Interestingly the menace isn’t peculiar to developing nations. It happens even in developed countries such as the United States and the United Kingdom.

A Washington Post writer David A. Fahrenthold in an article titled: ‘Selling votes is common type of election fraud’ which featured in October 2012, wrote that the practice seem to be widespread in the US Mr. Fahrenthold noted: “It may still be possible to steal an American election, if you know the right way to go about it.”

Making reference to the 2012 election he said court cases from Appalachia to the Miami suburbs had revealed the tricks of an underground trade. Conspirators allegedly bought off absentee voters, faked absentee ballots and bribed people heading to the polls to vote one way or another.

He added that in West Virginia over the past decade the cost was as low as$10, whereas in West Memphis, Ark, a statehouse candidate used $2 half-pint of vodka to buy vote.

In Ghana C.I. 91 (Constitutional Instrument 91) passed by parliament and legislation makes electoral fraud a serious issue. And like many other democracies elsewhere, electoral fraud such as vote-buying, vote-selling, faked ballots and buying of absentee voters are considered election offences.

Fact is anytime a voter sells his/her vote it basically means one’s pursuit of happiness has been mortgaged for four years, it means perpetuity of mediocrity, it means assassination of one’s conscience, it means blatant endorsement of systemic corruption and it’s a mutiny against democracy.

In summation, an act of vote -selling and vote-buying has the potential to paralyse free and fair democratic process. Nonetheless they still remain unescapable in many developing democracies. And it appears to be a bane that has left many rural Africa impoverished.