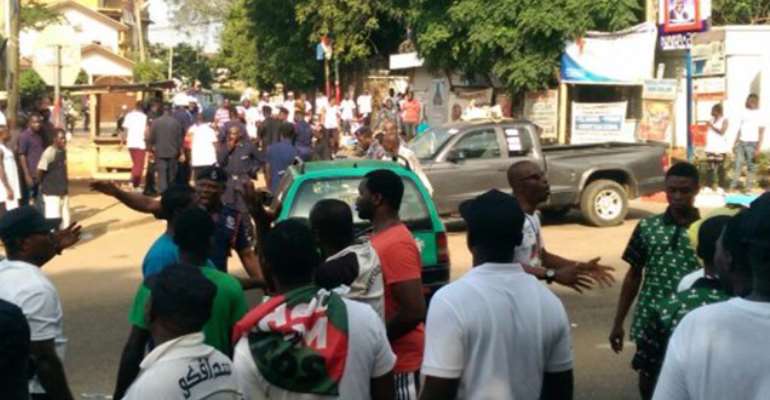 It is unclear what triggered the clashes but accounts from both sides confirmed reports of gunshots and hurling of harmful objects.

Participants of an NDC sponsored health walk allege that the personal security detail of the NPP presidential candidate fired multiple shots at the sight of the crowd.

But the security detail at the residence of the NPP flagbearer told Starr FM's Papisdaf Abdullah that supporters of the NDC who were taking part in the health walk started throwing stones into the residence of Akufo-Addo.

The timely intervention of Police officers from the Nima Police station prevented the clashes from turning bloody.