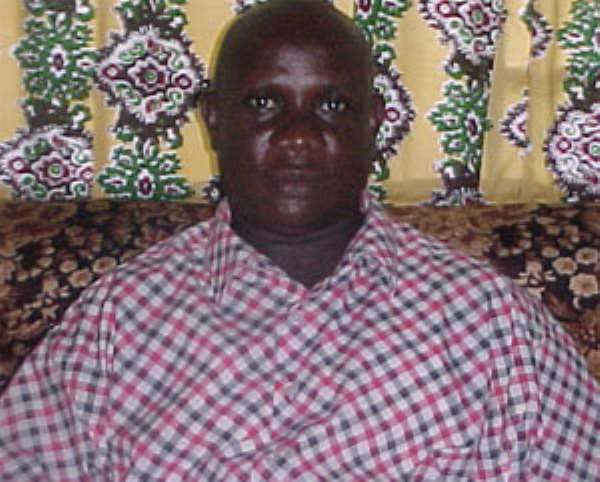 Rumours doing the rounds in the Sunyani Municipality suggest that a leading member of the Brong Ahafo Branch of the ruling National Patriotic Party,(NPP), Nana Obiri Boahen, may resign from the party he loves so much for being sidelined in all appointments after he has defended and sacrificed so much for the party since 1992.

The rumour specialists argue that the legal practitioner is by far one of the party faithfuls who has single handedly given all he has to see the party grow from strength to strength in the region. He has vigorously campaigned for the party with his own resources and contributed financially towards all the party's rallies in the region.

A 54 year-old businessman and a member of the NPP, who pleaded anonymity, observed that Nana Obiri Boahen stood aside in the interest of the party, from 1996 to 2004 for JH Mensah in the parliamentary race for the Sunyani East seat.

In 2003, Nana again was pressurised to give up for the current Regional Chairman of the party, Kwadwo Fodjour. The other candidate who stood down for Mr Fordjour was Mr Yaw Barimah who is now the National Coordinator for Afforestation, an appointment many see as compensation.

The businessman continued that Obiri Boahen was very instrumental in organising the successful 1995 Kume Preko Demonstration in Sunyani.

“It appears the NPP has been ungrateful to Nana for not appointing him to any executive position so far”, said a student.

Sources close to the Nso Nyame Ye Chambers, where Nana is the head, told Spacefm that Nana has selflessly offered legal services to individual members of the party and the party as a whole.

He has at the moment written to the Brong Ahafo Regional Police Commander to prosecute those who attacked some NPP members at Yeji recently.

The C also has it on authority that Nana Obiri Boahen has taken the pains to explain every single policy of the NPP to the people in the Brong Ahafo Region from the days it was in opposition till it assumed power as the ruling government four years ago.

“Nana has been a regular panelist on all the major radio stations in the region namely; Space FM, Sky FM, Radio BAR, Classic FM, Shalom Radio as well as calling into Otec FM and Kessben FM both in Kumasi and Obuoba FM at Nkawkaw contributing to the positions of the NPP on national issues”, noted the source.

When the Space fm contacted Nana for his side of the story, he declined to comment saying rumours should be treated as such until otherwise.

“I don't know from where these stories are coming from, I have no comments for now”, he told this reporter at his office.

For now all eyes are on the Abronye Royal, who has shown political maturity over the years to the admiration of many.